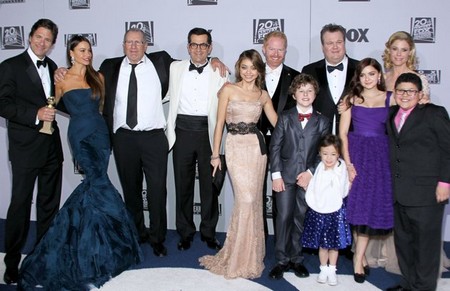 The cast of Modern Family is locked in a standoff with 20th Century Fox Television that has already delayed the start of their fourth season.  Salary is of course, the issue.  According to The Hollywood Reporter today, cast members Ed O’Neill, Ty Burrell, Julie Bowen, Jesse Tyler Ferguson, Eric Stone Street and Sofia Vergara have filed suit today in Los Angeles Superior Court to void their contracts.

The legal theory, according to various sources who have seen the lawsuit, is that their deals violate California’s “7 Year Rule,” which prohibits personal services contracts for longer than 7 years. This is a common tactic for actors who seek to void contracts during renegotiations for increased compensation.

We all love Modern Family, but are they worth that much money?  Is the deal that they were offered fair enough or should they have sued in order to be able to renegotiate for more?  Tell us what you think in the comments section below.