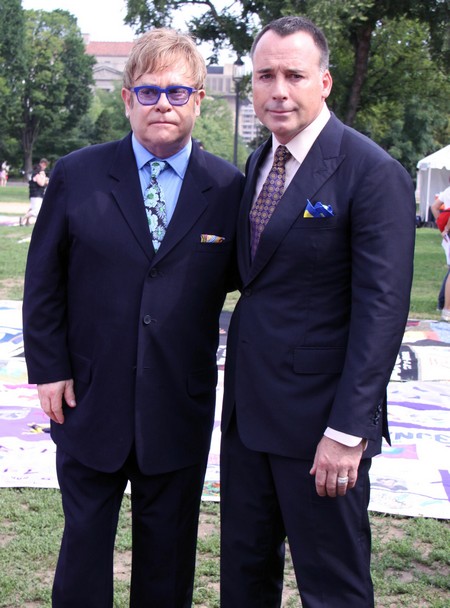 A few weeks ago, Elton John gave an interview with Matt Lauer and in it he spoke affectionately of the idea of having more children and now we know why.  The recording legend and his husband, David Furnish are now expecting their second child.  The surrogate, who delivered the couples’ son, Zachary Furnish John, back on Christmas day in 2010, is now said to be in her first trimester with their second child.

Apparently the woman, who was found through The Center for Surrogate Parenting in Encino, Calif., is also the same woman who gave birth to Camille and Kelsey Grammer’s two children.

Just yesterday the “Rocketman” appeared on the British morning show, Daybreak and confirmed that more kids would definitely be in their future saying, “At what stage we don’t know, but … I don’t want him to be an only child.”

Elton and David, who have lived together since 1994, must be absolutely thrilled to know that another little one is on the way just for them.  Are you happy to hear that it’s time for little Zachary to be a big brother?  Will it be a girl this time around or another boy?  Tell us what you think in the comments below!