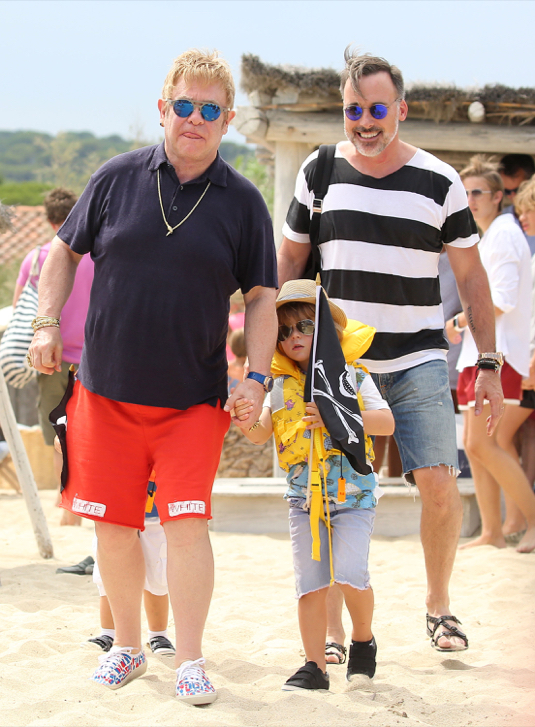 Elton John, his husband David Furnish and their sons Elijah and Zachary were spotted vacationing in Saint-Tropez, France on Thursday (Aug. 13).

The family enjoyed lunch at the popular Club 55 restaurant in Pampelonne Beach. Later, they were pictured heading to their private boat for an adventure at  sea.

Last year, Furnish admitted that having a nanny help out has made raising a second child less scary.

“The routine is already in place with Zachary in a way, and all the stuff that was so scary the first time around isn’t quite so scary the second time around. Now we have that wonderful infrastructure in place so we can just sit back more and enjoy the little person themselves without the worry – or as much worry,” he told.