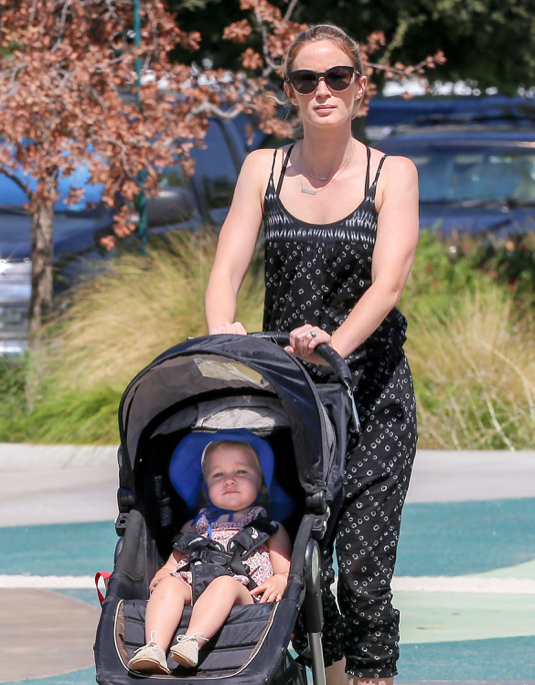 Emily Blunt was photographed taking her daughter Hazel to the LA Zoo in Los Angeles, CA on Tuesday (Aug. 11).
The Huntsman actress was dressed in a printed jumper while pushing the youngster in a stroller. Hazel who wore a cute blue hat seemed relaxed and happy after visiting the park animals.
Blunt has called being a mom, “heaven”.

”It is that and more. I know that everybody says that. Everybody says, ‘Oh it’s the best — it’s the best thing ever!’ “ she told People last December. ”You don’t know what to expect because it’s just completely, existentially out of anything that you’ve ever experienced before, and it’s quite indescribable.”