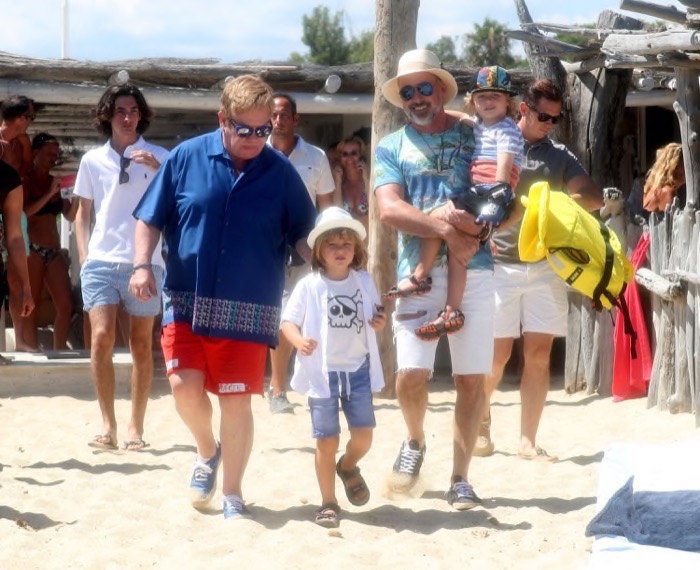 He might be known for his very lavish and luxurious lifestyle and is also one of the biggest names in the entertainment industry, yet Elton John says that at home, he’s nothing more than “dad.” As a matter of fact, the chart-topper recently opened up about fatherhood and how he keeps his children well-grounded at home despite his massive fortune and fame.

Speaking to Us Weekly, John says that his formula is pretty simple. He keeps a healthy distance between his on-stage persona and the real person he is behind closed doors whenever he’s with his family. Along with his partner David Furnish, the couple has two children: 8-year-old Zachary and 6-year-old Elijah.

“They know that daddy is famous but … when we are out in the summer and people are taking our photograph or asking for a photograph, they say, ‘Why do they want your photograph?’ And we always say, ‘Because people like my music,’” the “Rocket Man” singer told during his Elton John AIDS Foundation Academy Awards Viewing Party on February 24th. “They know what daddy does, but I never bring Elton home. I try to leave Elton on the stage.”

The five-time Grammy winner also says that while his children like his music, they also appreciate other artists in the industry, too. In other words, there are no clear cut favorites when it comes to Zachary and Elijah’s musical tastes.

John added: “They’re quite grounded, as far as that goes. They love their daddy’s music, but they also like a lot of other people’s music.”

Let us know what you think in our comments section below. And as always, come back to Celeb Baby Laundry for all the latest news and updates on all of your favorite celebrity moms and tots right here!