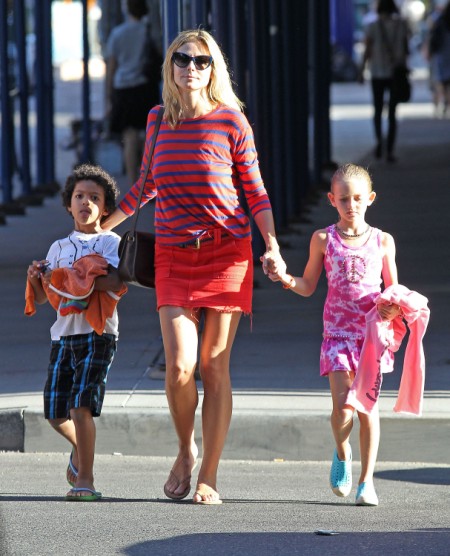 Newly single mom Heidi Klum took two of her children, Leni and Johan, out for dinner at Nobu in NYC yesterday. The ultra stylish former Victoria’s Secret model wore a cute striped top and matching red skirt. She didn’t look too excited during the outing but that could be because she spotted the paparazzi!

Heidi is still adjusting to single life after she announced her split from husband, Seal, three months ago. She recently said she didn’t know if she would ever marry again. It’s good she’s focusing on her kids and not rushing into another relationship like some Hollywood stars (I won’t name names!) but I think Heidi should leave her heart open. You never know what’s just around the corner, right?