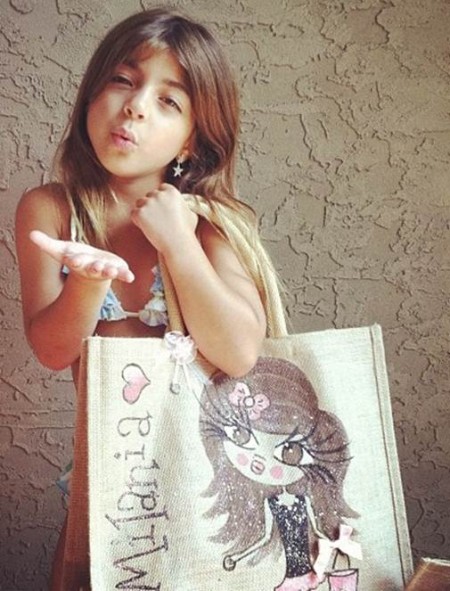 The apple doesn’t fall far from the tree for The Real Housewives of New Jersey kids. Those little fashionistas modeled their new ClaireaBella Bags for their sartorially-obsessed, and drama-crazed mothers. Melissa Gorga and her daughter, Antonia Gorga, flashed their flat abs and fun ensembles while on the beach during July 4th weekend. And Melissa’s sister-in-law, Teresa Guidice, could not be shown up. She released pics of her rambunctious cuties as well! Milania and Adriana Guidice hammed for the camera and clearly demonstrated they are their mother’s daughters. Can’t those two women do anything without competing with one another? There is no winner. All the children look adorable with their new bags! I have to say though, I have a soft spot for Milania. She seems like a handful but she cracks me up on the show!