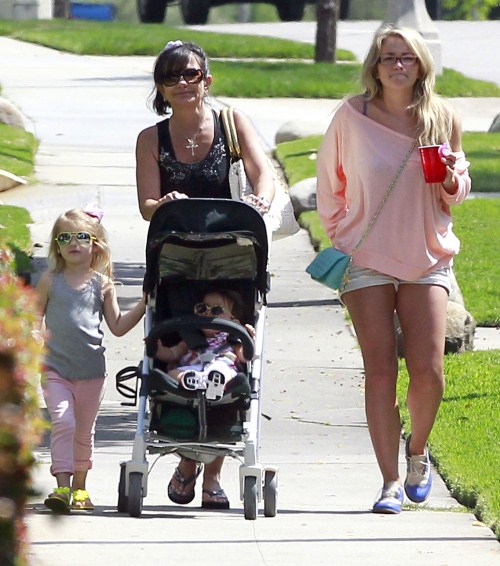 Jamie Lynn Spears was spotted enjoying a day out with her three-year-old daughter Maddie Aldridge and her mother Lynne Spears in West Hollywood, Ca on Sunday.  The trio started the day by hitting up the shops and later took a walk after picking up some ice cream.

‘They’re very close. They’re like brothers and sister. They’re so stinking cute. And Maddie loves her Aunt Britney’s songs. She just loves the whole dress-up thing that goes with it. She loves dancing and singing and all of that. I definitely think music is in her genes.’