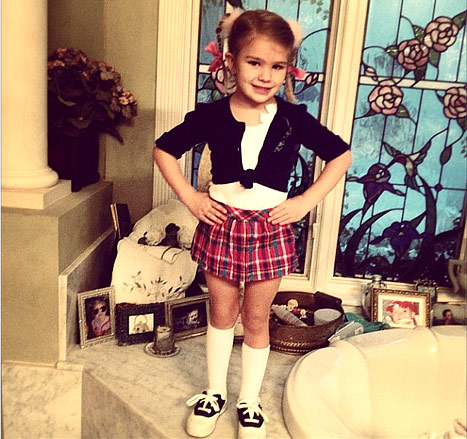 Jamie Lynn Spears shared a photo of her 4-year-old daughter, Maddie via Instagram on Tuesday. In the candid picture, the mini-spears is dressed up like her aunt’s famous Catholic school girl look from the 1998 music video “…Baby One More Time”.  The costume was for “celebrity day” at her school’s Homecoming Week.

“Guess who Maddie want to for Celebrity Day at school! #HomecomingWeek,” the former Nickelodeon star told.

In a March 2012 interview with Glamour, Jamie Lynn opened up about her relationship with her big sister.

What do you think about Maddie dressing up like Britney? Is it possible Maddie is next Spears’ family pop star?