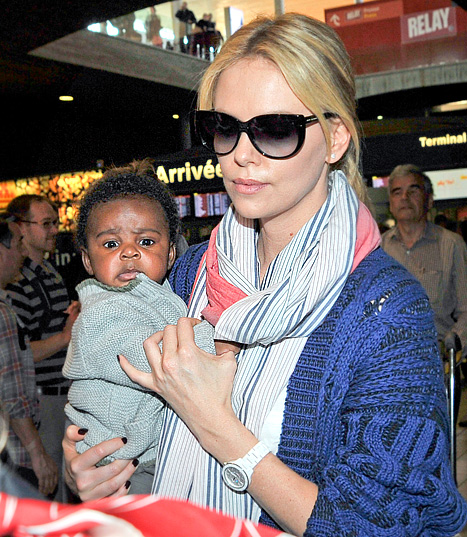 Charlize Theron was spotted catching a flight to Paris at LAX airport in Los Angeles on Monday.  Theron wore a a blue cardigan with skinny jeans while carrying her newly adopted son Jackson. This is the first time Jackson has been pictured since Theron announced his adoption on March 14.

In the Vogue UK‘s May issue, Theron gushed that Jackson is “incredible” and “the coolest kid ever.”

Pink Opens Up About Pregnancy & Motherhood