Pink Opens Up About Pregnancy & Motherhood 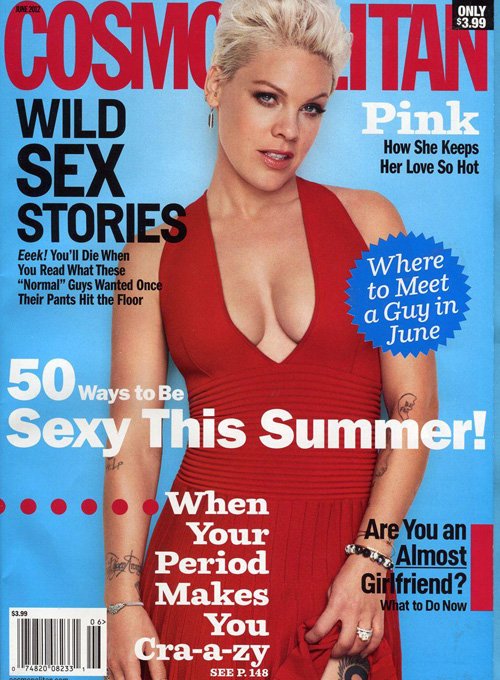 Pink graces the June 2012 issue of Cosmopolitan in her first cover spread since giving birth to daughter Willow Sage almost 11-months ago. Pink who wears a stunning red dress opens up her pregnancy and how being a parent has affected her relationship with husband Carey Hart.

Pink insists being pregnant did not make her more beautiful.

“I thought I’d feel like a goddess. They sell you on that…like you’ll never feel more feminine. Really, I just felt like a mess.”

Unlike many celebrities the singer indulged  and didn’t worry about gaining weight while pregnant.

“Hell, yeah, I gained 55 pounds. I think my baby may be part cheesecake.”

“We’ve never had a problem with affection. But with a baby? It’s kinda gross, but you have to schedule it. [Willow] sleeps in bed with us. We’re just starting to think about putting her somewhere else, at least for a little while. Either that, or we’ll have to resort to getting it on in the laundry room.”