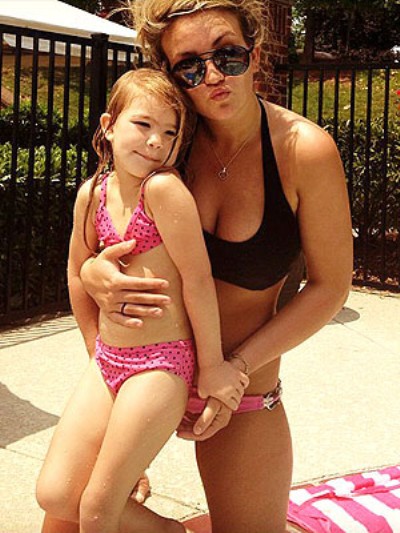 Jamie Lynn Spears has steered clear of the limelight since giving birth to her daughter, Maddie Briann, but the pool seems to be the best place for the two to snap some pictures of each other enjoying the summer-like temperatures.

The actress tweeted a series of pictures of herself rocking a bikini with her 3 1/2-year-old over the Memorial Day weekend. She captioned the adorable pics, “#littlegirls #littlemoments.”

Though Jame Lynn took a time out from her successful Disney show, Zoey 101, after she found out she was pregnant, the aspiring singer, has recently been hitting the Nashville country stage to jump start her career. She’s been performing under the name, “Maddie’s Mom.”

Another Day At The Park For Bethenny Frankel And Bryn