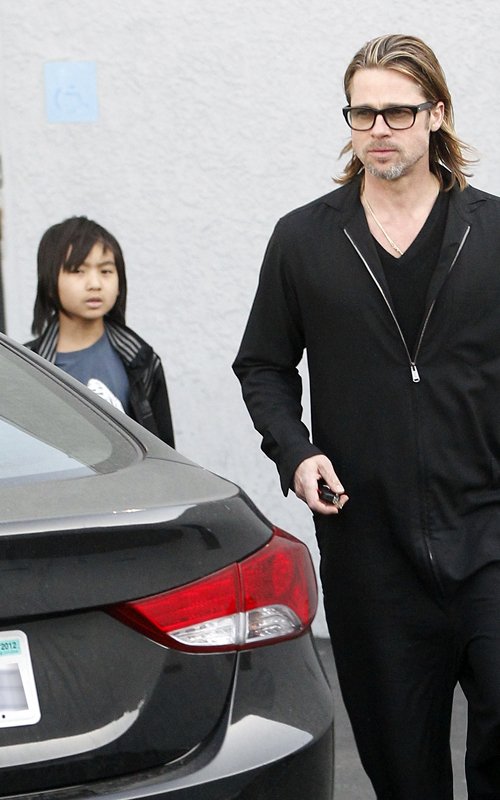 Brad Pitt was spotted with his eldest son Maddox at Guitar Center in Hollywood, Ca Thursday. Pitt who wore a once piece jumper bought Maddox a guitar and an amplifier.

It is rumored that Pitt’s partner Angelina Jolie is three months pregnant.

“It’s not something she wants to officially announce but she’s at a point where she is telling a select group of people.”

“Angelina is really savoring every moment. She’s having a tough time with morning sickness but says it’s all worth it.”