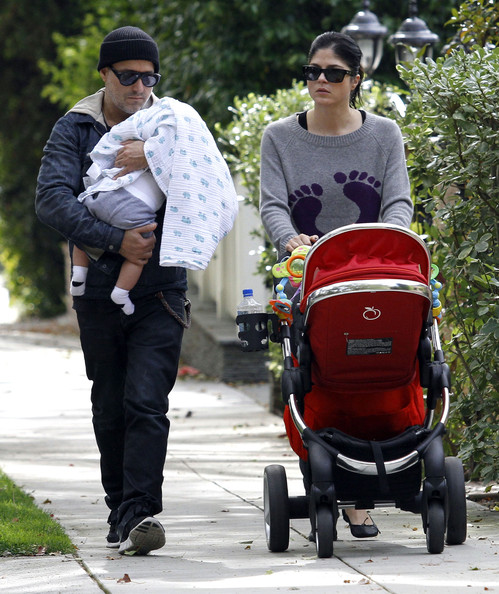 Selma Blair and her boyfriend Jason Bleick took their 6-month-old son Arthur for a stroll out  in West Hollywood, CA on Sunday. Bleick carried their adorable tot while shielding him with an Aden + Anais swaddle wrap. Blair who wore a grey sweater with two purple footprint pushed Arthur’s iCandy buggy.

In December, Selma Blair revealed that she was suffering from postpartum hair loss.

‘This is so not glamorous, but it’s true: I need to take longer showers so that I can collect the hair that falls out and throw it away so I don’t clog the drain.”

David Beckham: Watching My Children Grow Up “Is Great But Scary”