David Beckham: Watching My Children Grow Up “Is Great But Scary” 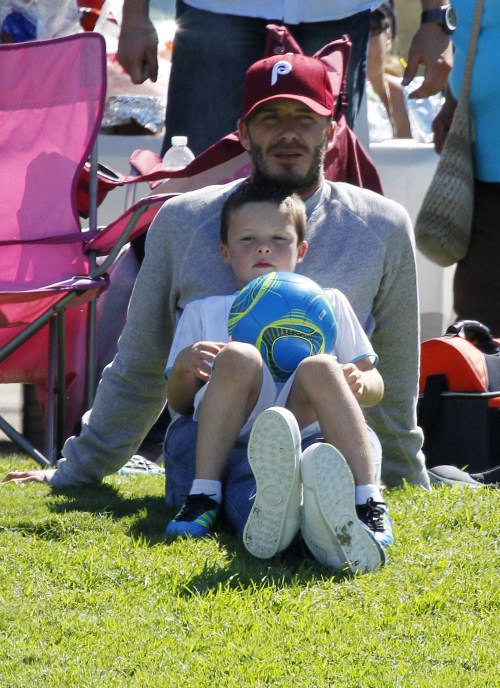 David Beckham thinks being a parent is “scary”.

David Beckham who has four children with wife Victoria Beckham says watching his children grow up is a “great experience”, but also terrifies him.

“[Watching them grow up] is great but scary. Scary because I can see Brooklyn getting different interests. Wanting to go out with his friends, wanting to talk about girls, growing up into a young man,” Beckham told Telegraph Magazine.

Although he would is glad to have three boys rather than three girls because he worries less.

“I must admit I would rather it be three boys than three girls. Well, by the time Harper is a teenager she’s going to have three older brothers that are going to be, well, men.”

David recently revealed he is still in awe of Harper because of how different she is to his older children.

“I’ve obviously got three amazing boys and with boys you can throw them around and Harper is obviously my first girl and I’m more careful. Still now, I’m changing her diaper and I can’t believe I’ve got a girl. Everything about her is feminine, the way she eats, the way she moves, the way she looks. I love having a girl, but I’m glad she’s got three older brothers and a dad to look after her.”

What do you think? Are boys or girls easier to raise?