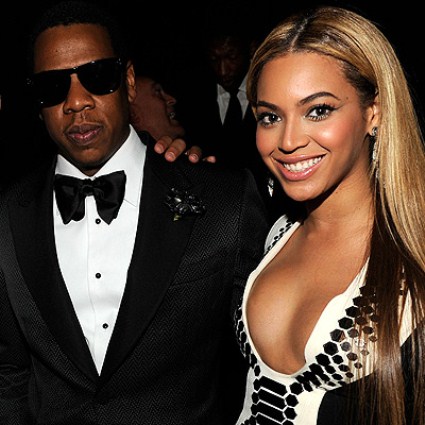 It’s been five days since the most famous baby in the world arrived with much fanfare in New York. Of course we’re talking about Blue Ivy Carter. Beyonce and Jay Z ‘s first born has captured our imagination and we can’t get enough! So here’s a roundup of the latest news about the little Princess that has Bey and Jay – and the globe – going gaga!

First up, there’s talk a picture of Miss Blue could be worth up to $14 million dollars. Brad Elterman from the Buzz Foto agency says ‘it’s the hottest photo in the world right now‘.  Beyonce and her husband are usually very private people so no one is expecting a Brad Pitt and Angelina Jolie style photo shoot when they introduced the world to their babies.  It’s more likely a portrait of the happy family will be released to the media. Until then there’s a big bounty on Blue’s head.

Then there’s the hospital where the superstar gave birth. TMZ is reporting Blue came into the world at Lenox Hill in a specially designed VIP suite which looks a lot like a penthouse in a five star hotel. It’s understood Beyonce was the first person to use the plush suite – but it wasn’t designed for her. It features four flat screen TVs, state of the art electronics, a kitchenette and ultra plush furnishings.  There was even a bed for the new Dad.

Finally, Blue Ivy is already a World Record holder thanks to her famous father. Jay Z released a song called Glory a couple of days ago about the birth of his daughter.  You can hear Blue on the track. He made a recording when she was just a few hours old. Glory is on the Billboard Charts – so she’s now the youngest person ever to have a chart hit in the US. She’s even billed as B.I.C. on the single.

So there you go – that’s all for today’s lesson on baby Blue.

Alyson Hannigan On The Red Carpet