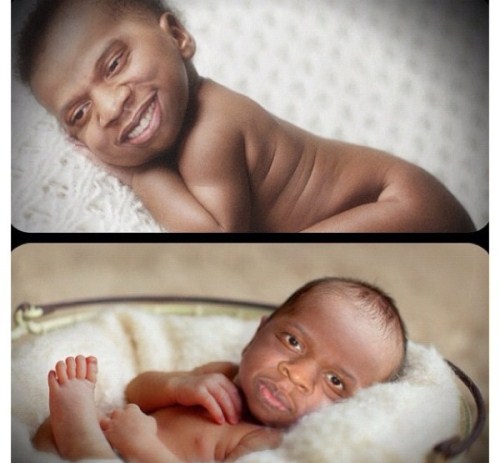 The image depicts a baby, with a relatively aged face on a sheet. The second image is similar but the face is different. 50 Cent has a funny sense of humor, I guess getting shot 9 times can play funny tricks on you. The joke is relatively harmless and it’s hard to think that the hour’s hottest couple(Beyonce & Jay-Z) will take an offense by the meek joke.

50 Cent then tweeted that he didn’t create the image:

I would never make a picture like that its all over my time line yal play to much I’m sure Jay is the happiest he’s ever been in his life.

Since almost everyone has been in the news either wishing congratulations to the new parents, or making some kind of comment on baby Blue Ivy, 50 Cent just wanted in on the action as well.

Toddlers & Tiaras Is Coming Back Tonight