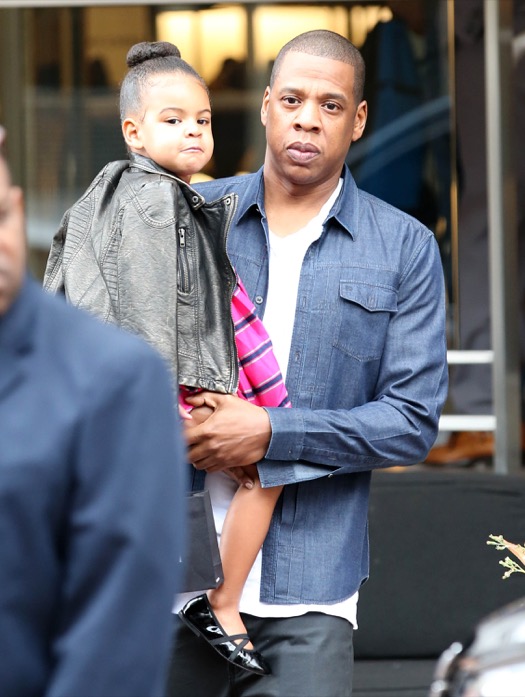 The Movin’ Bass singer carried the youngster who looked adorable with her hair pulled back in a ballerina bun while wearing a leather jacket and pink dress. Beyonce and a bodyguard followed closely.

The songstress took to her Instagram over the weekend to share a series of photos from Paris of the father-daughter duo.

In one photo, Jay-Z holds Blue Ivy at night in front of a glowing Eiffel Tower.

It’s rumoured that the married couple are looking to buy a place in Paris.

“They want to buy a place in Paris because they have so many memories there and they want to be able to be there more often,” an insider told Us Weekly. “They plan on retiring in Paris eventually.”

They became engaged and conceived Blue Ivy in the city.