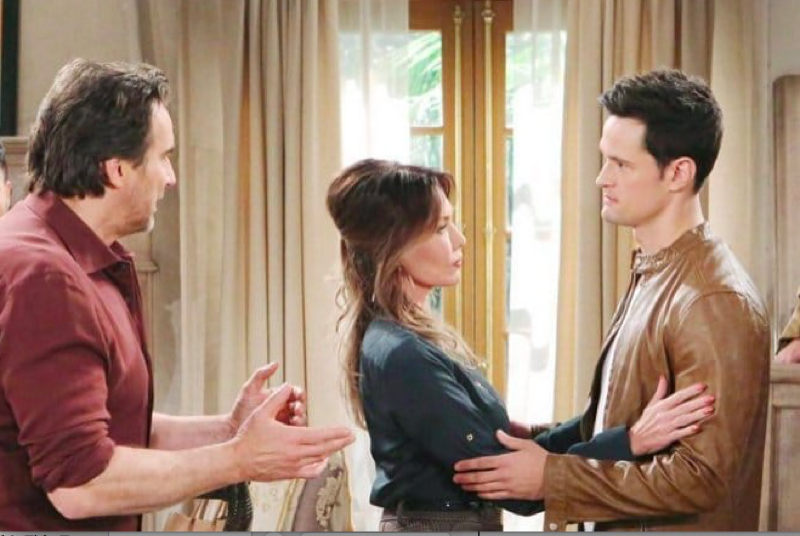 The Bold and The Beautiful (B&B) spoilers and updates tease that Thomas Forrester’s (Matthew Atkinson) parents might not think he’s too big to spank! However, Thomas will likely face much worse than a battered behind when Taylor Hayes (Krista Allen) and Ridge Forrester (Thorsten Kaye) confront him for his faked CPS call about himself.

The Bold And The Beautiful Spoilers – Wedding Stopped

Ridge reacts when he hears both the calls in Brooke Logan’s (Katherine Kelly Lang) voice and Thomas’, realizing he’s been had by his own son. All he wanted was to have a wife that didn’t lie to him and he’s thunderstruck when he realizes he annulled his marriage to Brooke because of Thomas’ lies, not hers. Now he has to go back and rethink whether he’s about to marry Taylor for the right reasons, or if it was just a reaction to thinking Brooke lied.

As for Taylor, she knew the truth but only from minutes ago, just before the wedding and she’s still in shock over Thomas’ apparent relapse. She is also shocked that Steffy objected to the wedding over the call, even though she knows Ridge needed to know-will Steffy told him she knew but didn’t tell.

The Bold And The Beautiful Updates – Thomas Forrester Reacts

Thomas glares at his sister with a threatening look in his eyes, and Ridge and Taylor both see it and know they have to take action. The wedding, which thankfully only had immediate family and Li Finnegan (Naomi Matsuda) in attendance, comes to a halt, and she rushes Kelly Spencer (Remington Evans) upstairs. John “Finn” Finnegan (Tanner Novlan) stays to keep the peace just in case things get rowdy, shocked at Steffy’s objection as well. Taylor, Steffy, Ridge, and Thomas all go to a separate room as Carter delays the ceremony, and Ridge and Taylor confront Thomas, Taylor admitting she learned of this just prior. 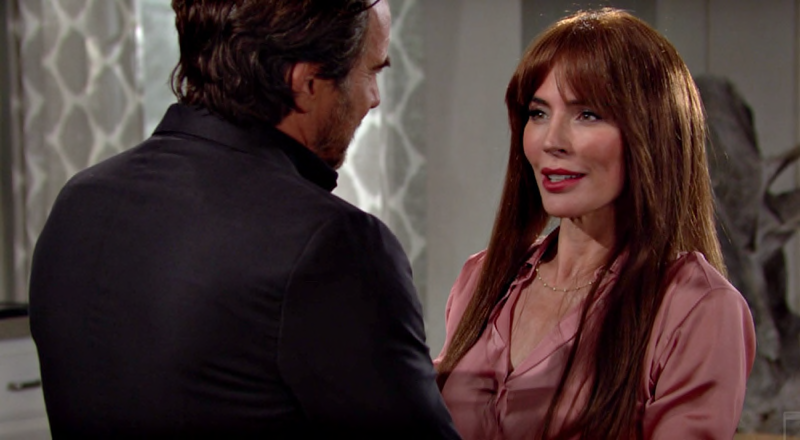 Ridge resolves he and Taylor will discuss the situation later, but for now, Thomas must be dealt with, and Steffy leaves the room and she and Finn go to Kelly. Taylor and Ridge confront Thomas, with Taylor still in shock at what is unfolding, which Ridge can see, but he coldly disowns Thomas, and can’t believe Taylor didn’t tell him. But then, Ridge abruptly leaves, saying he has to make things right with Brooke, and Taylor panics, and she blames Thomas, sensing Ridge is leaving her again for Logan.

The whole wedding has turned to turmoil and frustration, and Thomas goes ballistic, blaming Steffy and his mom, saying they should have kept the secret. Steffy has returned and Ridge told her on the way out he wanted the phone for evidence so Thomas can be prosecuted for fraud.