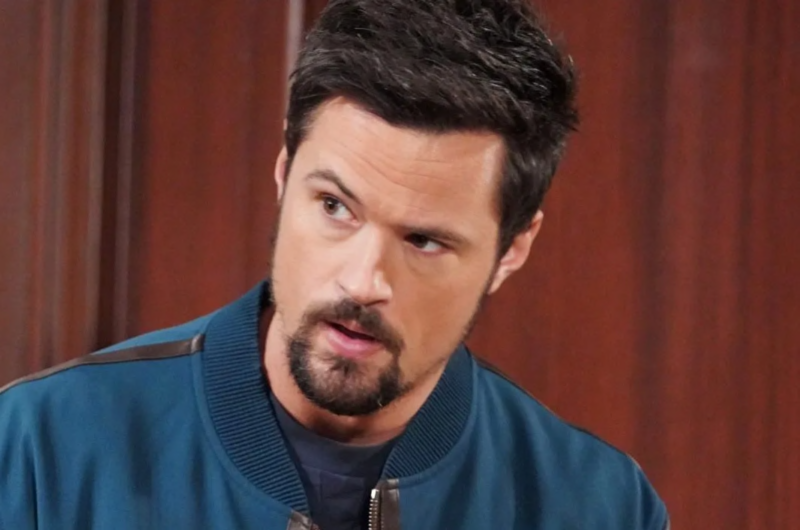 The Bold And The Beautiful (B&B) spoilers suggest that the weeks of November 21 through December 2 suggest that Thomas Forrester’s (Matthew Atkinson) misdeeds will finally be exposed. Ridge Forrester (Thorsten Kaye) will be forced to rethink his decision in light of new information. Taylor Hayes’s (Krista Allen) fate will be sealed thanks to her children’s interference.

The Week Of November 21 Through 25 Proves Insightful

The Bold and The Beautiful spoilers reveal that Carter Walton (Lawrence Saint-Victor) will lose it after he hears Brooke Logan’s (Katherine Kelly Lang) and Bill Spencer’s (Don Diamont) conversation. Bill is trying his best to win back Brooke before turning around and having a somewhat similar conversation with Katie Logan (Heather Tom).

Carter also manages to overhear Bill and Katie’s talk. Afterward, Carter will blow his stack. Carter knows that Bill is playing the sisters against each other and he’s not about to stand for it. Of course, Bill will likely dismiss Carter’s rant but that doesn’t mean that Katie will. Katie is likely to grow closer to Carter because of this.

Eric Forrester (John McCook) has always been on team Brooke. However, Eric wants his son to be happy. Eric knows that Ridge still loves Brooke and isn’t being fair to Taylor Hayes (Krista Allen). Ridge isn’t being honest with himself because he is furious with Brooke. Thomas has Ridge convinced that Brooke called CPS and Ridge has broken up with her. Ridge thinks that Brooke has been lying to him all along.

Steffy Forrester (Jacqueline MacInnes Wood) will somehow find out the truth and what she does with it could be a game changer. However, Ridge could end it all and go back to Brooke when the truth comes out. Brooke will also have a visit from her father Stephen Logan (Patrick Duffy) for Thanksgiving. Will Stephen help add some perspective to the situation? The show will be preempted Thursday and Friday. 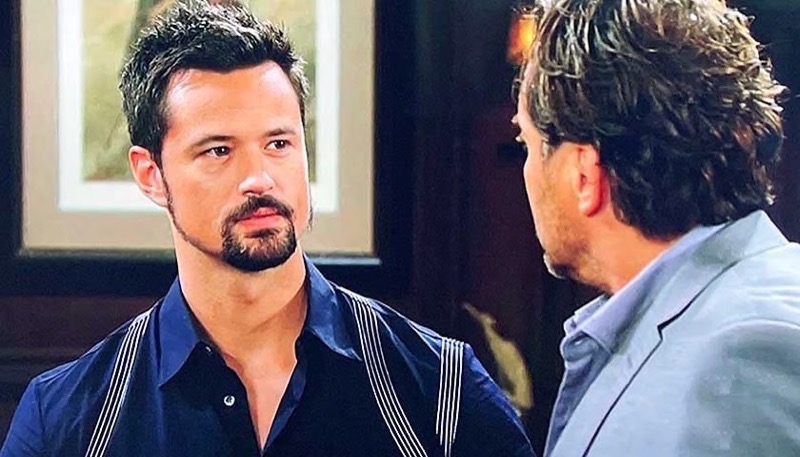 The Bold And The Beautiful: The Week Of November 28 to December 2

Stephen, along with Katie and Donna Logan (Jennifer Gareis) will rally around Brooke for support. Steffy may decide to tell Ridge and Taylor the truth about the CPS call. Regardless, Ridge will end up back at Brooke’s house, probably with his heart in his hand and an apology not to mention the explanation he owes Brooke about their break up.

Thomas’s exposure will cause real issues that could lead to problems with Hope Spencer (Annika Noelle) as well. All of this will somehow become a point of contention between Deacon Sharpe (Sean Kanan) and Sheila Carter (Kimberlin Brown). Who will Ridge end up with in the end?

The Bold And The Beautiful (B&B) Spoilers: Will RJ Forrester Take Thomas’…