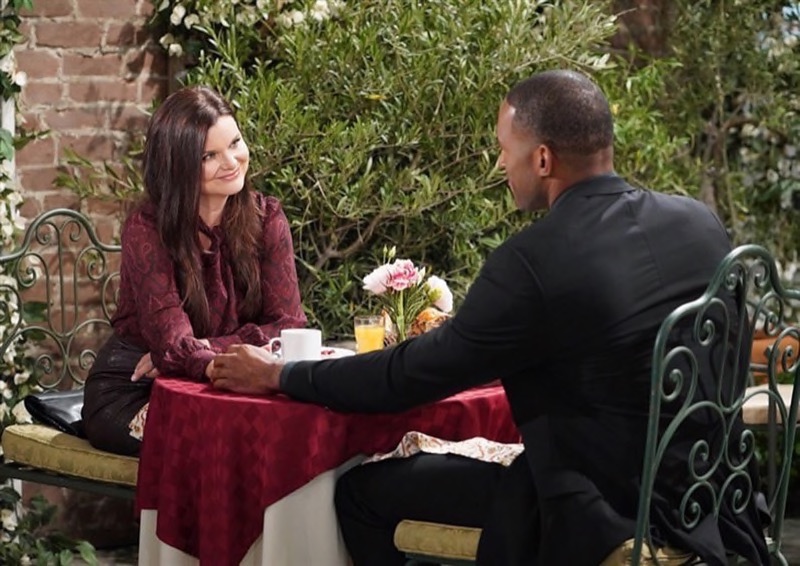 The Bold and The Beautiful (B&B) spoilers and updates tease in this week’s Soap Opera Digest that Carter Walton (Lawrence Saint-Victor) is devastated. Quinn Forrester (Rena Sofer) has suddenly left LA and him, with no reason or goodbye, and Katie Logan (Heather Tom) waiting to comfort him with kisses.

The Bold And The Beautiful Spoilers – What Happened?

Carter reaches out to Shauna Fulton, (Denise Richards) the one person who might understand Quinn well enough to know what might have happened, and hopefully, she’s told her. Quinn and Carter were ecstatically happy, or at least he thought they were until she left without even a goodbye note. Carter can’t even process his grief without some kind of answer as to what happened, and he hopes that Shauna can provide him with some.

Carter has been alone too many times and had too many relationships to just fall apart on him. He doesn’t want to be alone and he can scarcely believe that again he’s alone and with no answers as to why.

The Bold And The Beautiful Updates – Wrong Timing, Or Wrong Person?

Carter and Quinn first got together during unfortunate circumstances when she was cheating on Eric Forrester (John McCook). They broke it off but still had deep feelings for each other, or at least Carter thought Quinn did; she discovered Eric cheating and he released her to be with Carter. She crashed his wedding to Paris Buckingham (Diamond White) which was a lot of trouble anyway with her mother interfering all the time so he left Paris at the altar. They were making big plans and he guesses Quinn loved him until she didn’t, not being able to make sense of her sudden exit. Quinn never gave him a clue that she wasn’t happy or he would have made changes to make sure that she was. 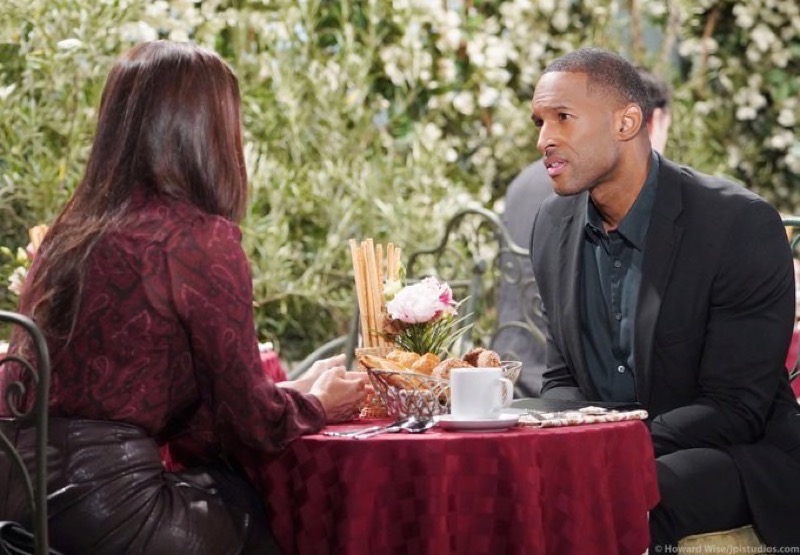 Carter and Katie have a chat about what has happened to each of them, although Katie’s being single again isn’t such a shock. She resisted reuniting with Bill Spencer (Don Diamont) for months, because she knew he wouldn’t be faithful to her, likely running back to her oldest sister. That’s exactly what he did, too, when word got back to Katie and Carter that Ridge Forrester (Thorsten Kaye) and Brooke Forrester (Katherine Kelly Lang) had split up again.

The Bold And The Beautiful (B&B) Spoilers: Brooke And Bill Destined To Reunite?

When Katie hears about Quinn, she impulsively kisses Carter, and the two of them talk about both being with the wrong people. His heart is broken and she tells him he deserves better, and he appreciates that but he’s hurt.

The Young And The Restless (Y&R) Spoilers: Diane Spills The Tucker Tea To Jack