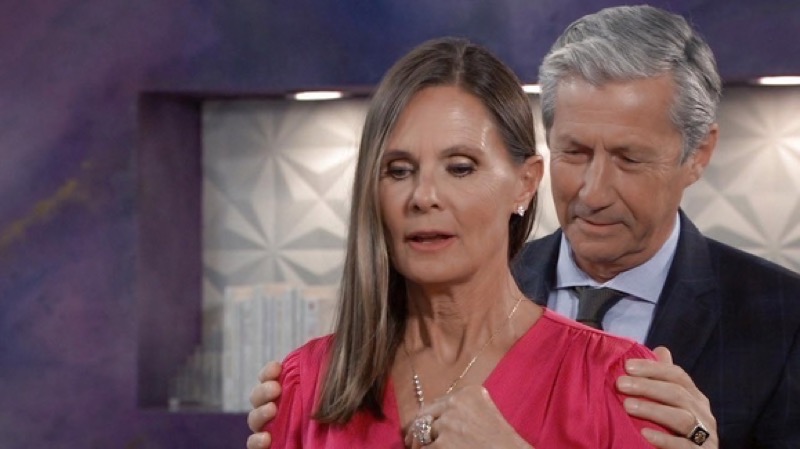 General Hospital spoilers and updates tease in this week’s Soap Opera Digest that Lucy Coe (Lynn Herring) will be in extreme danger at the docks. She is clueless that Victor Cassadine (Charles Shaughnessy) is onto her and he knows she’s working against him in concert with Anna Devane (Finola Hughes).

Lucy got an unexpected visit from Martin Grey (Michael E. Knight) at her office right as Victor was putting a diamond necklace around her neck, and wearing the matching bracelet. She hadn’t expected her boyfriend to come home and drop in on her and although she managed to tamp down his jealousy, he told her Anna called him to come home. Lucy was livid at Anna’s interference and went to have it out with her, unaware that the diamond necklace had a bug in it.

As Lucy had it out with Anna at her house, Victor and his henchman Johann Bauer (Max Decker) were recording and hearing every word they said. Lucy wants to prove to Martin that she is working with Anna to take Victor down, thinking she can keep the jewelry since Victor’s being put away.

Anna and Lucy get into a big argument at Anna’s house, and Lucy has the necklace on with the bug. Anna tries to convince her of the danger she is putting herself in after she and Valentin Cassadine (James Patrick Stuart) ordered her “off the case” earlier. Lucy is convinced she can take care of herself, and Victor, herself, has his wound around her little finger. Anna warns her that this could become deadly but Lucy says she is seeing this through and there is no need to worry and lists the situations she’s been in. However, she soon finds out exactly how dangerous the situation is becoming when Victor invites her on a midnight cruise. 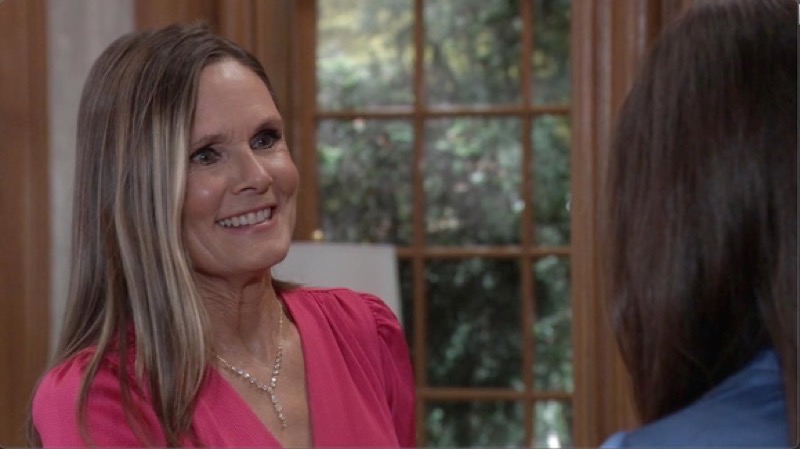 What Are You Doing Here?

Lucy goes down to the docks for the midnight cruise that Victor has invited her to take with him, presumably on the Haunted Star. She realizes that Anna may be right and she’s not completely without fear on the dark pier. She’s standing there, waiting for Victor and fuming to herself for him to show up so they could get this over with, meaning his takedown.

General Hospital (GH) Spoilers: Does Chase Returning To The PCPD Mean The End For Him And Brook Lynn?

But instead of Victor, a totally unexpected person shows up and she can’t believe who it is. It is someone she apparently recognizes, as she asks what they’re doing there, but also someone she knows is dangerous, and it’s probably not Johann because he would be expected.