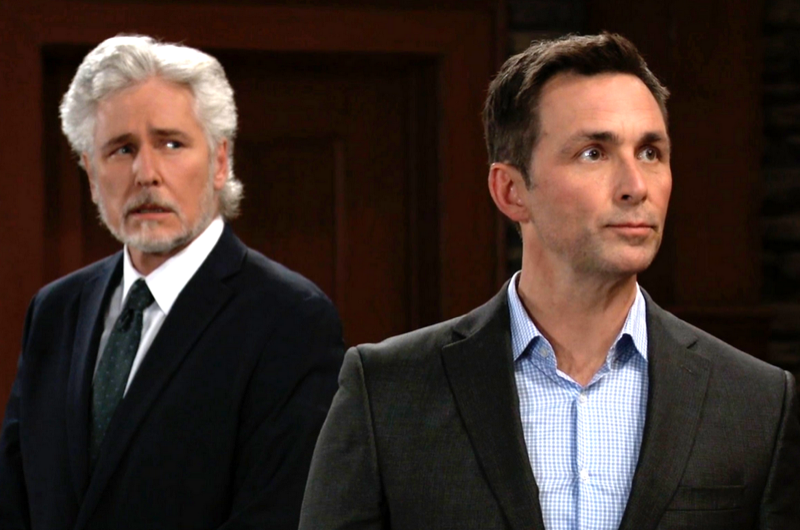 General Hospital (GH) spoilers and updates tease that Martin Grey (Michael E Knight) is admittedly bad at relationships with women. His marriages have all failed by his own admission. Martin says he was a bad husband when his sister Mayor Laura Collins (Genie Francis) asked about his romantic history. Laura told Martin it was never too late to change but Martin didn’t think a happy romantic relationship was in the cards. And then, Lucy Coe (Lynn Herring) caught his eye.

Martin filled in as Santa Claus for Dr. Kevin Collins (Jon Lindstrom) for the annual reading of the Christmas Story at General Hospital, but Lucy didn’t know that a switch had been made. So as usual, Lucy flirted with “Santa Claus” shamelessly, and even ended up on his lap. At that point, she realized that it wasn’t Kevin at all. But Martin enjoyed Lucy’s company enough to ask her to dinner. Lucy happily accepted and the couple not only had dinner but hit the sheets for a night of passion afterward!

After their one-night stand, Lucy was prepared for Martin to let her down easily. From the way she talked, it was clear that men don’t typically stick around. Lucy was prepared for Martin to end it, and she even told him that their one night together was wonderful, and that was enough. But Martin made sure to let Lucy know that he was having too much fun with her and had no intention of ending whatever it was they have, anytime soon. But like most things in Port Charles, the situation was too good to last without problems.

Valentin Cassadine (James Patrick Stuart) soon discovered that Martin and Lucy were an item, and since Martin was his attorney and Lucy his business partner, Martin would not be able to maintain his business relationship with Valentin along with a personal one with Lucy since it could be a conflict of interest. Valentin made it clear that Martin had to choose. But a sneaky Martin had other ideas!

General Hospital Updates – Martin Grey Wants His Cake And Eat It Too!

Martin asked Lucy out to the Savoy for New Year’s Eve despite Valentin’s demands. Martin told Lucy about Valentin’s ultimatum, and Lucy thought that it was a no-brainer, that he would choose her and fire Valentin as a client. But Martin didn’t want to have to choose, and they could enjoy their evening together since Valentin wouldn’t be there. But Valentin made a surprise appearance at the Savoy, and Martin tried to leave out the back, but there wasn’t an exit there. Lucy once again suggested that Martin fire Valentin but he seemed to not hear her. 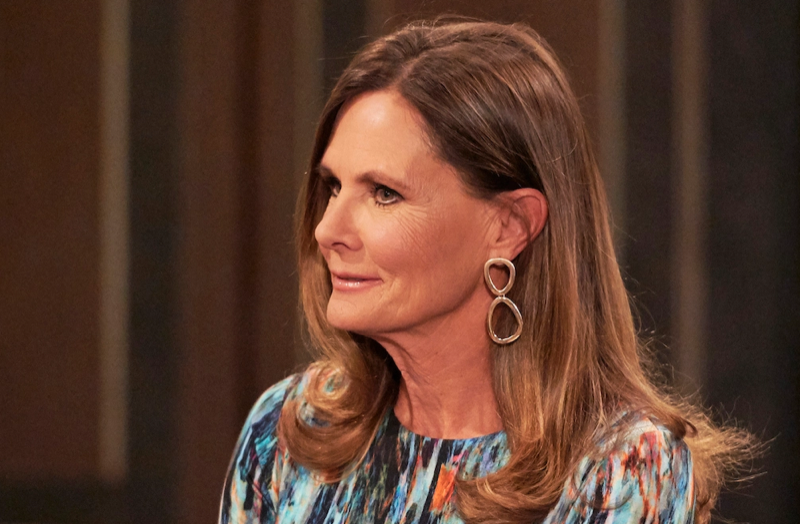 But if Martin wants Lucy to remain in his life, he is going to have to make a decision. Lucy has let men treat her badly or act ashamed of her for too long. As much as she likes Martin, she won’t go forward with any type of relationship if he chooses to hide her away instead of just firing Valentin as a client. But Martin has been single for a long time, and his heart has been ruled by dollar signs for as long as he can remember. Perhaps he will realize that money isn’t nearly as fun as Lucy Coe!

Do Martin and Lucy make a good couple? Is Valentin right to make Martin choose? And will Martin decide that money is more important than love? Anything can happen in Port Charles so stay tuned to General Hospital airing weekdays on ABC. And don’t forget to check back right here regularly for all your General Hospital news, information, and spoilers!

The Young And The Restless (Y&R) Spoilers: Chelsea Goes On The Attack When She Catches Adam And Sally