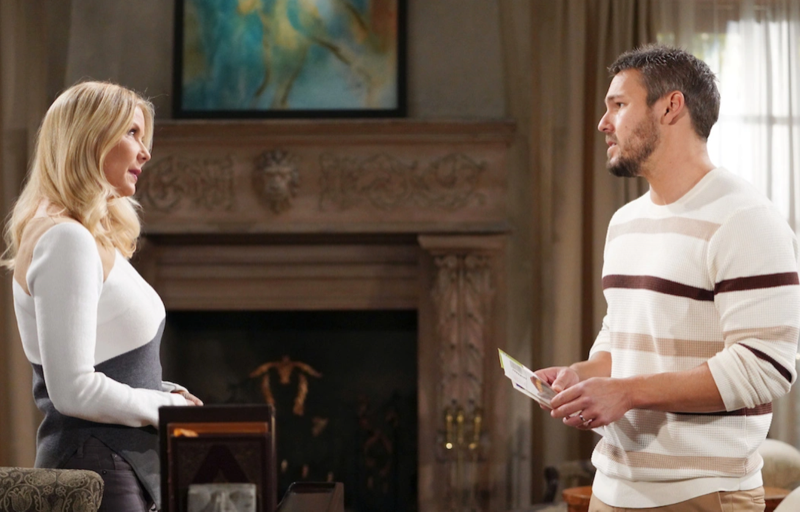 The Bold and the Beautiful (B&B) spoilers document that Brooke Logan Forrester (Katherine Kelly Lang) and Liam Spencer (Scott Clifton) are increasingly commiserating. That is not surprising considering their shared concern for Hope Spencer (Annika Noelle).

But a head-fake or parallel coupling development could be unfolding. Fans are being prodded to focus on Hope’s deepening appreciation for Thomas Forrester’s (Matthew Atkinson) bond with her adoptive son, Douglas Forrester (Henry Joseph Samiri).

But Brooke’s eighth broken married to Ridge Forrester (Thorsten Kaye), and Liam’s feeling that he is losing his wife create the potential for a B&B outcome.

Douglas told Liam in no uncertain terms, and in front of Hope and Thomas, that he likes living at his grandfather’s house with his real dad. Douglas has also begun to mimic his father’s me-first mechanics in asking Hope to spend the weekend at Eric Forrester’s (John McCook) home with him and his dad.

Great pains have been taken to develop a storyline where Hope has slowly but surely come to admire Thomas’ turnaround, which he has self-promoted on countless occasions. Thomas has repeatedly been shown reviewing his digital sample of Brooke’s voice, implying that his mind has defaulted to obsession, which also includes a renewed romantic interest in Hope.

It was noteworthy when Liam left Brooke’s living room even though the specter of her open liquor selections loomed. Fans did not have to worry, as he returned shortly thereafter, preventing Brooke from downing the liquid painkiller she sought. 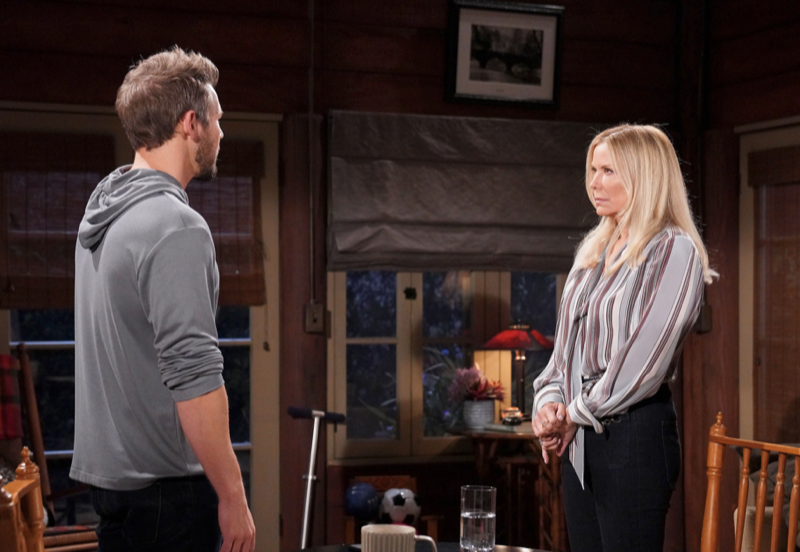 Brooke sobbed while telling them that she needed to numb the pain. At that moment he, not Ridge, Hope, one of her sisters, Eric, Deacon Sharpe (Sean Kanan), Bill Spencer (Don Diamont), or any of several others became her de facto sponsor.

If a shocker is unfolding, then Liam has also become Brooke’s next source of emotional solace. As fans recall, he promised to keep what happened from Hope. Soapy secrets generally produce something in the daytime.

Bill is tied to Brooke in many ways. Two of them are his love for her and Liam being her son-in-law.

Brooke gave Bill and Deacon hard no’s when each man asked to become her new guy. Deacon seeming accepted her decision and has Sheila Carter (Kimberlin Brown) in his apartment.

But Bill is telling people, including Liam, that he intends to win Brooke back. He and Hope will never see the Brooke-Liam romantic until it is exposed, assuming TPTB wants Brooke and Liam to go that way on B&B.