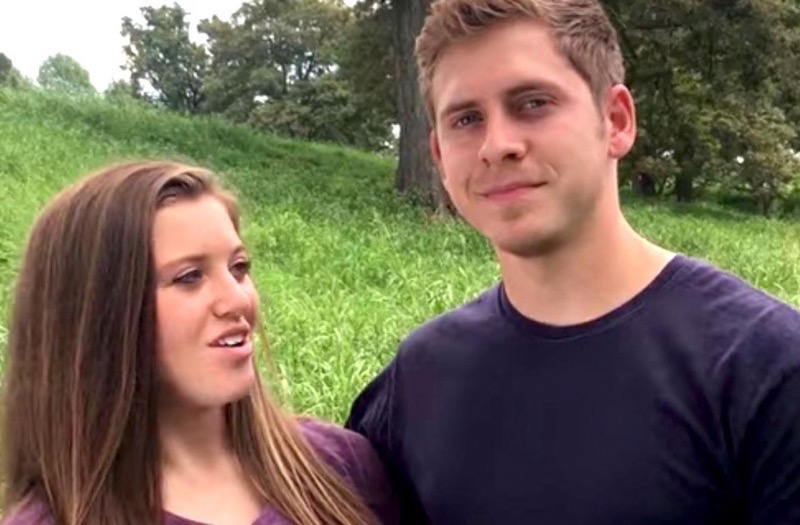 The Counting On girls were raised by Jim Bob and Michelle Duggar as two very definite genders. However, Joy-Anna Forsyth did pretty much her own thing as a younger teenager. While her sisters were babysitting, baking, and singing religious songs, Joy-Anna was out there learning to shoot a rifle. Whilst she’s a mama now, she never lost her love for doing things like her brothers. Now that she’s married to Austin Forsyth, she’s a handy person to have alongside him. This week, she shared one of her skills from her multi-talented pool.

Counting On Mama Joy-Anna Forsyth Is Sometimes Slammed By Fans

While a lot of people adore Ausdtinbls wife, there are some critics around. Quite often, people stress that she lets the kids get into danger. So far, nothing bad ever happened. However, some folks think that she’s a bit too reckless with her children. For some reason, fans of the TLC show always inspect the photos carefully for evidence that Joy is a bad mom. Mind you, since her brother Josh went to prison, fans seem less trollish.

Counting On fans suspected earlier this year, that another baby was on the way, and it turned out to be true. In fact, her next child arrives in 2023. So soon, Gideon and Evelyn Mae will have another sibling. However, that doesn’t mean that Joy-Anna gave up her love for camping, shooting, hiking, and working alongside Austin. Recently, she shared a video on YouTube that showed her fans the work that they did together on their RV. And now, she revealed another opportunity for her to help with something very practical.

Counting On – The Multi-Talented Mom

On October 17, Joy-Anna shared some photos of the kids dressing up warmly as the weather is changing. In her stories on Instagram, she revealed that they enjoyed some ice cream, However, after a fun day, she didn’t relax. Instead, she went outside to help Austin. In that photo, the TLC alum looked very professional as she did something with tools. In her caption, she said that they were “installing new lights on [Austin’s ] truck.”

Counting On fans love that Joy-Anna is not a stereotyped woman in the Duggar family. After all, why can’t a woman use electric tools, hunt if they want to, and also be a mama? Mind you, a lot of people frown on folks of any gender using guns to kill animals. That aside, it’s nice to see her getting her hands dirty doing work that her dad would probably think is reserved for a man’s world.

Counting On fans initially didn’t like Austin. Actually, a lot of folks theorized that they had to get married. Well, if they did have to do that, it would have shown yet another break from tradition in the Duggar family. And, loyal fans love to see the daughters of Michelle break tradition. Since the molestation of Josh had Joy-Anna’s name all over the media, many people respected that Austin was stuck by his wife and he looked like he’d been crying after one session in court.

What do you think of Joy-Anna being a mom to her little kids one minute, and helping to wire up the electrics in the truck a few hours later? Do you love that she’s multi-talented? Shout out in the comments below.

Little People Big World Spoilers: Is Caryn Chandler On Her Way Out From The Show?