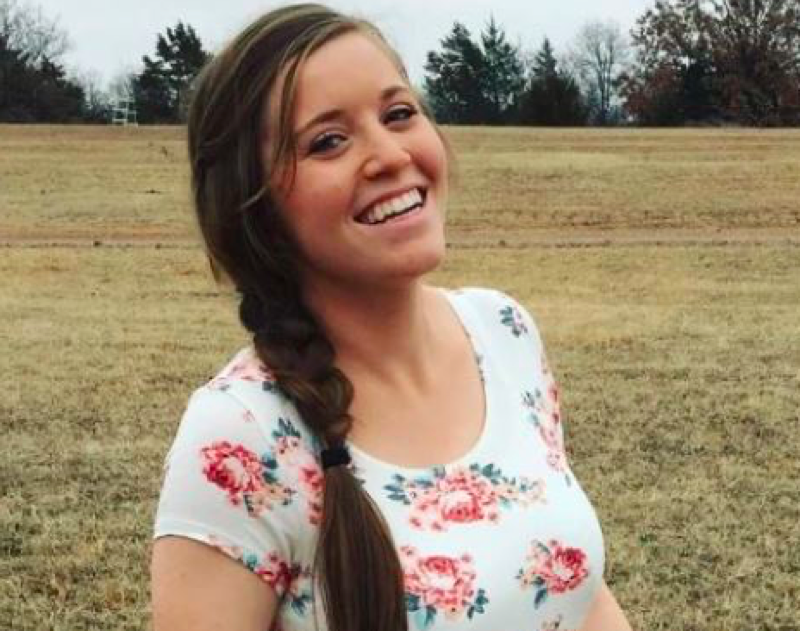 Counting On fans know that Joy-Anna Duggar Forsyth lost a child and seemed broken after the miscarriage. So, TLC fans sometimes wonder why she seems so casual and almost reckless when it comes to safe parenting. Well, differences of viewpoints between fans seem to depend on the levels of safety that people were raised under. So, they debated Joy-Anna’s attitude on Instagram this weekend.

The ninth child of Jim Bob and Michelle Duggar welcomed their son Gideon on February 26, 2018. Now, the three-year-old is a big brother to Evelyn who arrived on August 21, 2020. In-between the two children, their second child, Annabell Elise miscarried at 20 weeks. Naturally, Joy felt devastated. In fact, they took their baby girl and buried her on Austin’s family’s property at Fort Rock Family Camp.

This year, many fans speculated that Counting On alum, Joy-Anna Forsyth might be carrying another baby. That came when she disappeared off Instagram for a while. Actually, it might have been due to her taking a step back from the publicity of Josh Duggar’s arrest. But, some fans recalled that she disappeared for a while when she fell pregnant with Evelyn as well. However, some critics think that she’s careless with the kids that she already raises.

Counting On Alum Shared Gideon On An ATV

Joy-Anna Forsyth took to Instagram and on Sunday, The Sun reported about it. She shared a photo of Gideon sitting on an ATV. However, while she thinks it’s a fun toy and a big “adventure,” a lot of fans were shocked. After all, her son wore no long pants and no shoes. When Katie Joy of Without A Crystal Ball shared about it, many fans argued as to whether it’s a power wheels type toy or a 50 CC ATV for kids. 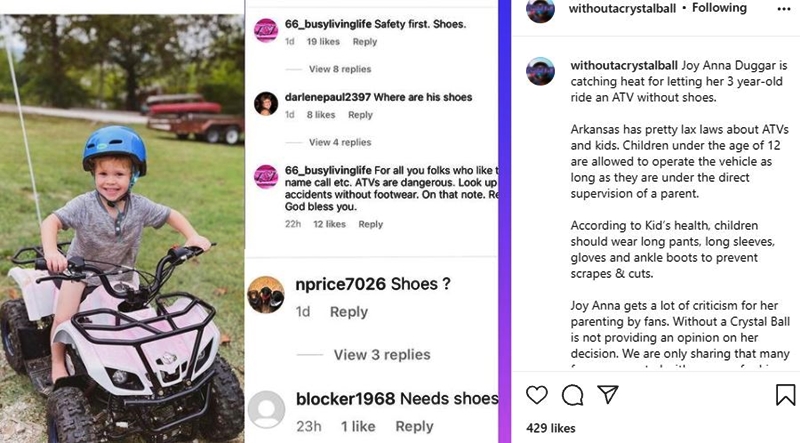 Counting On fans mostly agreed that he rode a 50 CC ATV. Those people born and raised in rural areas didn’t seem too concerned that Gideon wore no shoes. In fact, some of them even wondered if he simply posed on it or rode it. Two sets of fans debated whether Joy-Anna is a reckless mom. Critics lambasted her. One of them said, “Safety isn’t a parenting choice. She makes a lot of questionable parenting decisions when it comes to safety.”

Then other similar comments came in, like this one: “She’s not the sharpest tool in the shed.🙄.” Here’s another comment in that vein: “This is pretty irresponsible parenting.”

Some TLC fans think that critics of Joy-Anna Forsyth are too concerned. One of them noted, “My kids ride theirs with no helmet and no shoes. Welcome to growing up in the country. We don’t bubble-wrap our children.” Then another fan commented, “I grew up in the country. Personally, I think people need to mind their own business. Prevent cuts and scrapes? Please. That’s part of playing outside in the country.”

What are your thoughts on the debate about whether Joy-Anna is a reckless parent? Sound off in the comments below.