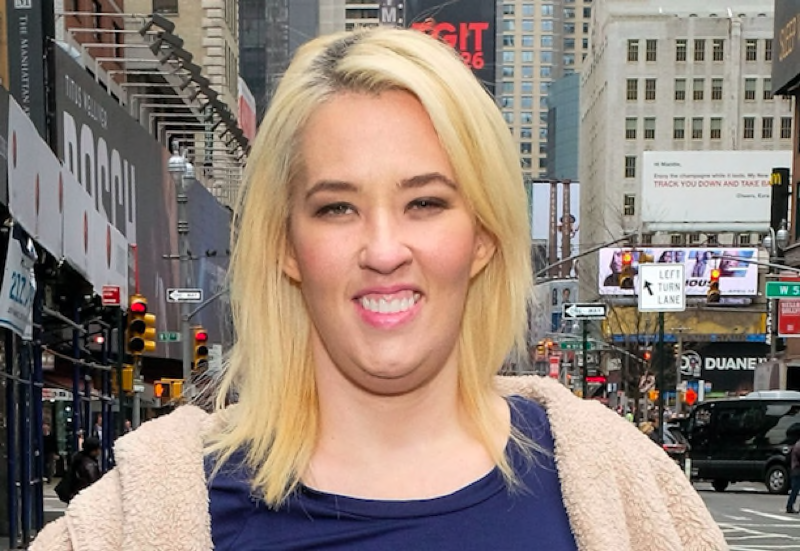 Mama June: Road To Redemption spoilers revealed that Lauryn Efird, a.k.a Pumpkin is still in her 20s and raises four-and-a-half kids. Just a few years ago, she only had her little girl, Ella Grace. Nowadays, she has a son and twins, and she has custody of her younger sister, Alana Thompson. However, she still manages to look amazing and WEtv fans gushed about her new hairstyle this week.

Baby boy Bentley arrived just over a year ago, and recently, this red-headed kid celebrated his first birthday. Like any other little kid, he had a lot of fun demolishing his birthday cake. Meanwhile, her younger sister, Alana celebrated her birthday. Whilst she doesn’t need diapers changed, she did need a stable home environment when her mom made off with Geno and ended up in rehab.

Mama June fans know that Ella Grace is going on five years old now, so the arrival of twins makes for a big family that might exhaust anyone. The news that arrived in June got WEtv fans wondering how Pumpkin would cope. After all, Josh, her husband works to keep food on the table. And fans know that June Shannon always looks after herself first. Meanwhile, Alana is busy with high school, and apparently even busier focusing on her boyfriend, Dralin Carswell.

Judging by the latest photo dump of her family, Pumpkin somehow manages to find the time to take care of herself. On September 8, Alana’s big sister posted up a whole range of photos that showed Bentley and the twins. However, the last photo revealed Pumpkin with her new hairstyle. In her caption, she wrote, “Another photo dump🥹❤️. All of them are growing up so quickly. Time please stand still.” While fans liked the photos of the kids, the last one really caught their attention.

Mama June fans took to the comments section and started talking about Pumpkin’s hairstyle. So many people gushed about it, but one comment stood out. A fan said, “Excuse me while I go get my hair done just like yours 😭🤗🧡,”

Another follower who gushed wrote, “the freckles and all-natural. OMG. That’s a beautiful pic right there. 😍😍😍 And of course, loving all four babies. ❤️”

Mama June fans also talked about her babies and the fact that Pumpkin seems to cope really well. More compliments went her way. A follower gushed, “Girl you are one awesome mother, and don’t let anyone take that from you. ❤️

What do you think of Pumpkin Efird’s new hairstyle? Do you agree that she looks amazing? Sound off in the comments below.

Days Of Our Lives (DOOL) Spoilers: Paulina Runs For Governor, Can She Win?