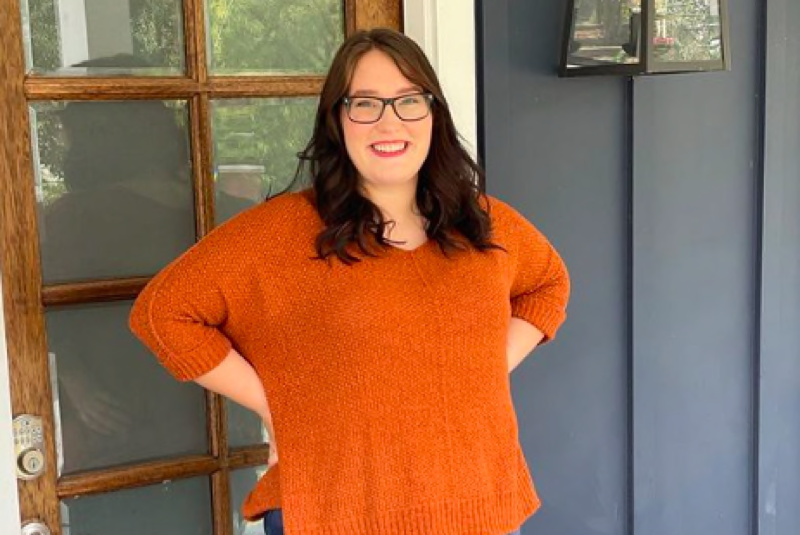 Mama June: Road to Redemption spoilers revealed that Lauryn, aka Pumpkin Efird, fell pregnant with twins. Actually, for followers on social media, that seemed like old news. Anyway, the new additions look very cute, and it means that she and Josh now have four kids, plus Alana (Honey Boio Boo) under their care. This week, Pumpkin shared some photos of her one-year-old son, Bentley on his birthday. And, he enthusiastically shredded his cake.

When Bentley arrived, his mom quickly took to social media to share photos of her red-headed little boy. WEtv fans saw that his big sister, Ella Grace seemed very sweet with her brother. Of course, a lot of fans wondered where the red hair came from. After all, Josh Efird doesn’t seem to look particularly red. Nevertheless, genes are funny things sometimes. So, it could have come from either side of the family in years gone by. Fans adore seeing baby photos and now that the twins arrived, they can expect many more. Actually, it seems that having Alana around makes for a large but mostly happy family.

Mama June: Road To Redemption fans love that Ella helps her mom with the babies. Mind you, some of them became a bit alarmed when she picked up her baby brother when he was still learning to turn himself over.  Fortunately, no harm was done and he survived to see his first birthday in July 2022. When Pumpkin posted up new photos of the twins this week, she included some shots of her second child on his first birthday and he really went to town with his cake.

Pumpkin arranged for her son to have a nice cake in blue, red, green, and yellow. On the side of a tropical scene with palm trees, a cute dino stood out. Then, on top of it, a yellow dino with blue spots stood next to a red number 1. Well, birthday boy Bentley soon demolished the side of the cake and smeared a lot of blue frosting on his face. Actually, it always seems interesting when kids eat their very own cake. Sometimes, they seem hesitant. But, once they discover how yummy it is, frosting gets destroyed and nobody minds about table manners.

Mama June fans took to the comments section of the post and they talked about the twins. However, they also couldn’t help but notice Bentley’s enthusiasm for his cake. Still, who begrudges a little kid enjoying himself on his special day? So, fans mostly said how big and cute he looks all of a sudden. one fan said, “Bentley is so big! What a cute cake.”

Mama June star Pumpkin was a teenager not that many years ago. So, considering that she’s only 22 years old and raises five kids, fans think she does a great job. One WEtv fan wrote, “Congratulations pumpkin 🙌 you are doing a great job !!!”

Another fan echoed the sentiments of many people by writing, “God has blessed you with a beautiful family!! God bless you all❤️.”

What did you think of Bentley Efird absolutely shredding his dino birthday cake? Do you agree that he’s cute as a button with his red hair? What about Pumpkin raising five kids at the age of 22? Sound off in the comments below.