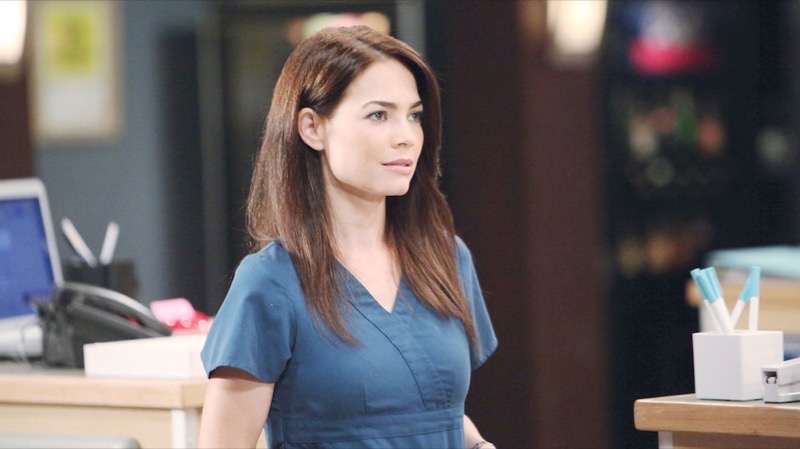 General Hospital (GH) spoilers tease that the mystery of Elizabeth Webber’s (Rebecca Herbst) past is about to intersect with her present in a very shocking way. Viewers know that Elizabeth has a memory of being at the top of a staircase with a mystery woman. During a hypnosis session with Dr. Kevin Collins (Jon Lindstrom), Elizabeth remembered just enough to draw a picture of the woman’s face. As it turns out, Elizabeth later saw a picture of the same woman in the most unexpected of places.

Years ago, Dr. Hamilton Finn (Michael Easton) was married to a woman named Reiko, who was also a doctor. Finn was looking at a picture of Rieko on his phone that Elizabeth happened to see. She was shocked that Reiko was the woman on the staircase. Apparently, even though Elizabeth remembered the woman either being pushed or falling down the staircase, it didn’t kill her. According to Finn, Elizabeth died of Blackwood’s disease. So why does Elizabeth have a memory of Reiko?

Elizabeth remembers arguing with Reiko at the top of the stairs. But what happened just after that is still locked in Elizabeth’s mind. Reiko and Elizabeth were arguing about Elizabeth’s father, Jeff Webber (last played by Richard Dean Anderson). Jeff may have had an affair with Reiko. It’s not clear if this is before or after Finn and Reiko were married. As it turns out, Elizabeth’s past may have intersected with Finn’s even before either of them came to Port Charles. 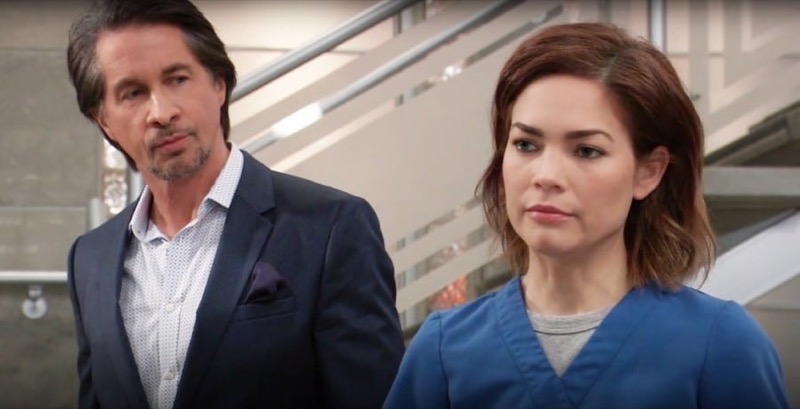 General Hospital Spoilers – Will Elizabeth Webber And Hamilton Finn Survive As A Couple?

If Elizabeth discovers that her father had an affair with Finn’s wife, both of them may be forever changed. Finn has always seemed to hold Reiko in such high esteem, he may not be able to forgive Elizabeth for bringing the truth to light. And it might just become too awkward for Elizabeth and Finn to move together as a couple once they know the truth. Neither one of them seem aware that they have a connection dating back to before they came to Port Charles.

Who pushed Reiko down the steps? Did Jeff have an affair with Finn’s wife years ago? Can Elizabeth and Finn move forward together? Anything can happen in Port Charles so stay tuned to General Hospital airing weekdays on ABC. And don’t forget to check back right here regularly for all your General Hospital news, information, and spoilers!