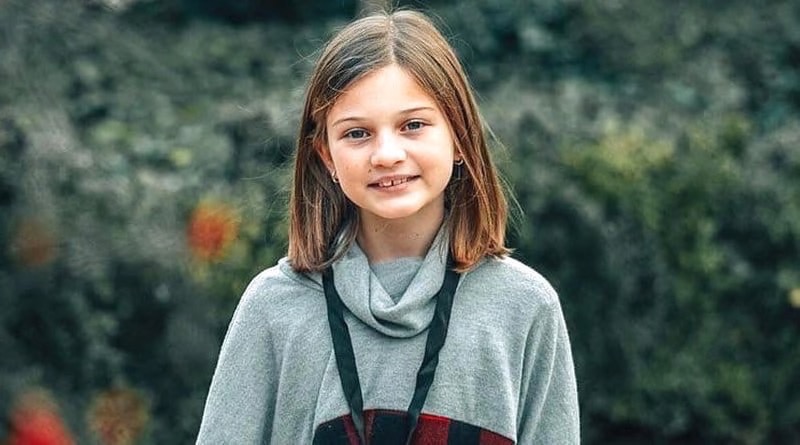 OutDaughtered fans sometimes wonder how Blayke Busby didn’t turn into a surrogate mom to her five little sisters. However, she retained her own identity, and Adam and Danielle Busby encourage her to be her own person. Often, they post up how proud they feel about their oldest child. Well, this weekend brought another emotional and proud moment for her family. So, what did she do this time? Read on to find out.

Adam and Danielle are not short of a few pennies. Bear in mind, that they own a lovely house in League City. Additionally, there’s a hot tub, a crystal blue pool, plenty of well-appointed bedrooms, and lots of vacations. Top it off with shopping, quality time with a doting mom and dad, and you could have a spoiled brat. However, Blayke seems far away from a spoiled child. Now in middle school, she seems to work hard and do well. So, fans wonder how her parents managed to raise such a pleasant kid.

OutDaughtered fans who follow Adam and Danielle on social media know that all of the kids learn community spirit at a young age. Blayke and her little sisters helped raise awareness when Hurricane Laura slammed into Lake Charles. Even the quints helped to load up the U-Haul. Additionally, the family helped with the restoration of a devastated park. Furthermore, they take their kids to church and they learn about moral values there as well. No wonder Blayke seems poised, kind, clever, and charming to her dad.

OutDaughtered – A Massive Moment For Blayke And Her Family

This weekend, Adam shared two photos of Blayke Busby. It came just weeks after she returned from Church Camp.  Last year, she attended Church Camp and it made for the first occasion that she stayed over without someone from her family close by. Taking a step on from that, the quints’ big sister took the decision to get baptized. For those people who don’t follow the Christian faith, opting for baptism outside of the traditional churches is done when the person decides, and not the parents. So, obviously, Blayke decided to make her commitment to God, got some counseling, and then went for it.

In his post, the OutDaughtered dad sounded very emotional. He said, “What a special day today was! No Greater Joy for us as parents than to see our children proclaim their faith in Jesus.” Next, he described himself as “Overwhelmed by joy.” That’s because he helped to baptize Blayke “in the company of … family, friends, and community.” Finally, he addressed his daughter saying, “Keep shining your light bright Blayke! I love being your daddy.”

Other TLC Stars Pleased And Proud Of Blayke

OutDaughtered fans were not the only ones to comment about Blayke Busby getting baptized. Other TLC stars did as well. Amy Roloff posted up, “❤️❤️❤️❤️❤️.” For once, Uncle Dale Mills didn’t make a joke. He said, “Not going to lie, I teared up. Love ya Blayke! #proudUncle.”

Even fans who don’t practice any religion loved it. One of them wrote, “I’m not religious at all, but that seems like a beautiful experience. Congratulations Blayke!!!”

What do you think? Sound off your thoughts in the comments below.