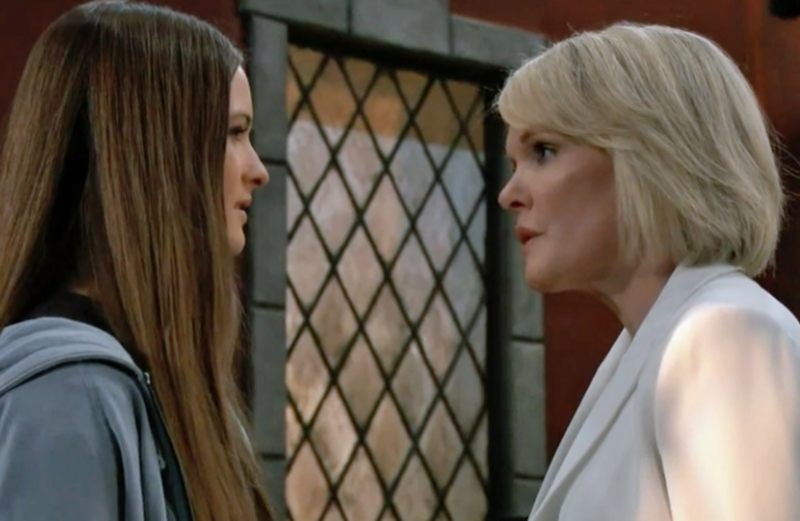 General Hospital (GH) spoilers and updates tease that Ava Jerome (Maura West) recently found out that Esme Prince (Avery Kristen Pohl) slept with Nicolas Cassadine (Marcus Coloma). Unfortunately, Ava and Esme’s confrontation may not end as planned. It seems the confrontation may turn deadly, but who may die in this fight?

General Hospital spoilers suggest that Esme could fall from the parapet and into the water below. However, Esme may not surface after her fall. Of course, fans will remember Nikolas Cassadine (then Tyler Christopher) faked his death from a fall on Spoon Island as well. Could Esme fake her death to get away from Ava?

Is Esme setting Ava up for Ryan Chamberlain (Jon Lindstrom) to come after her? After all, if Ryan thinks Ava killed his daughter, he is likely to come after her faster. Esme could be so afraid that Ava will kill her that it’s better to fake her death. Will Ava learn the truth?

It seems that Ava and Esme’s fight will have a lasting impact and there are a few ways for that to happen. If Esme’s body were to be found and she turned up pregnant, Ava could be accused of murder because of that. After all, Ava is a jealous person, and Esme having Nikolas’ baby would certainly set her off.

Esme could be presumed dead and Ava tried for her death as well. After all, bodies disappear all the time just like the dead are often resurrected on soaps. Esme could return months from now with a baby in tow. Esme isn’t about to lose the Cassadine money if she can get her hands on it. Will there be a way to stop her? 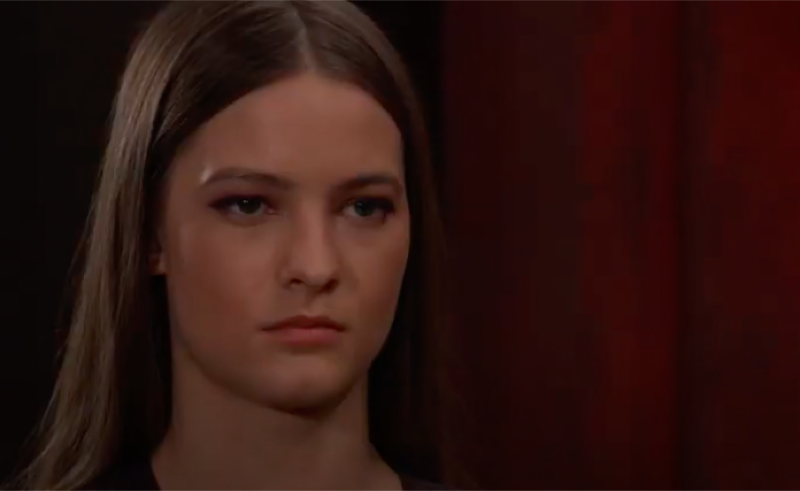 Esme Prince’s Disappearance Could Be A Problem

Trina Robinson’s (Tabyana Ali) trial is still going on and Esme’s disappearance could be a problem. After all, Spencer Cassadine (Nicholas Chavez) and Trina’s defense team are trying to prove that Trina is innocent. That means that they need to cast a shadow of a doubt that Trina did not post that video. However, a missing person cannot be called back to the stand.

With Esme not being around to question, can Curtis Ashford (Donnell Turner) find proof to completely exonerate Trina? Can enough doubt be raised that Trina is finally off the hook? Will Trina finally be free to be with Spencer, the one she truly wants, or will he be lost to her? Keep checking back for updates, spoilers, and news.

Little People, Big World Spoilers: Want To Get Married At The Roloff Farm? It May Be Cheaper Than You Thought