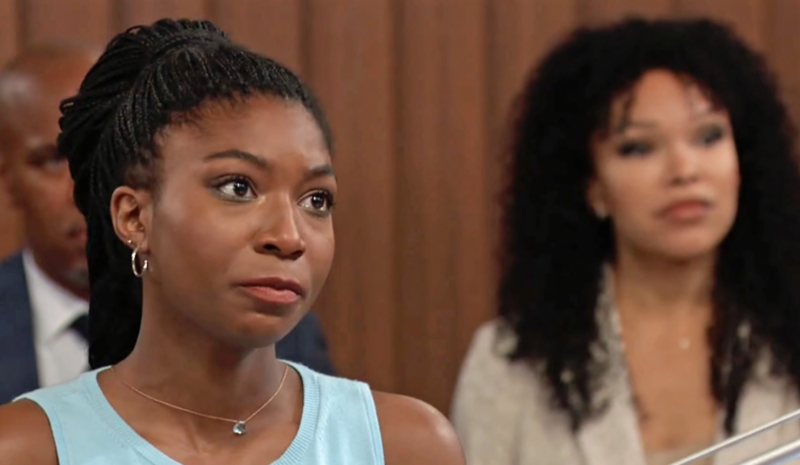 General Hospital (GH) spoilers for July 25-29, 2022, reveal tons of drama at Trina’s trial as Spencer takes the stand. He has the information that can help her, but will he use it.

Trina Robinson’s (Tabyaba Ali) trial takes center stage this week as Diane Miller (Carolyn Hennesy) calls Spencer Cassadine (Nicholas Alexander Chavez) to the stand. Both Josslyn Jacks (Eden McCoy) and Trina know he has an alibi for Trina for then the sex tape was released onto the Internet, but Trina refuses to tell and it looks like Spencer is going to keep his mouth shut too.

We guess Spencer won’t trade Trina’s freedom for his own because her alibi is running into Spencer when he was supposed to be serving his time at Spring Ridge for stalking Ava Jerome (Maura West). However, all hope is not lost when Diane produces a surprise witness. Who will it be?

General Hospital Updates – Willow Tait Has Too Many Problems

Although Willow Tait (Katelyn MacMullen) is thrilled to be pregnant, she knows that there is something else wrong with her but she is not willing to tell Michael Corinthos (Chad Duell) yet. Instead, she and Sasha Gilmore Corbin (Sofia Mattsson) make peace with one another. Sasha is resentful that Willow gets everything but Sasha did run down and kill the woman that Willow thought was her mom.

Still, Willow is in more trouble by the end of the week when she finally finds out what is really wrong and she will be stunned by the horrible diagnosis. 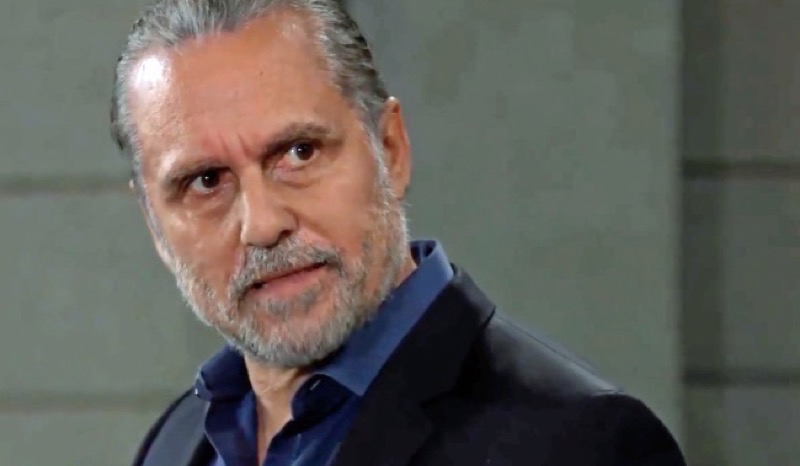 What Else Is Happening In Port Charles?

Sonny Corinthos’ (Maurice Benard) old pal Brick (Stephen A. Smith) is packed and surprised when Sonny tells him that he is thinking of giving Dex (Evan Hofer) the Jason Morgan (Steve Burton) position in the organization. Brick does not trust Dex in the same way that Brando Corbin (Johnny Wactor) does not trust Dex so Sonny has some things to consider before making any decisions. Sonny and Nina Reeves (Cynthia Watros) also spend time hashing out their relationship this coming week.

Speaking of relationships, for some reason Maxie Jones (Kirsten Storms) decides that Cody Bell (Josh Kelly) is perfect for Britt Westbourne (Kelly Thiebaud) and tries to help this relationship along. Perhaps Maxie can help Britt by gifting her Austin Holt (Roger Howarth), a person she actually has some chemistry with. Stay tuned to General Hospital weekdays to see how these stories play out.