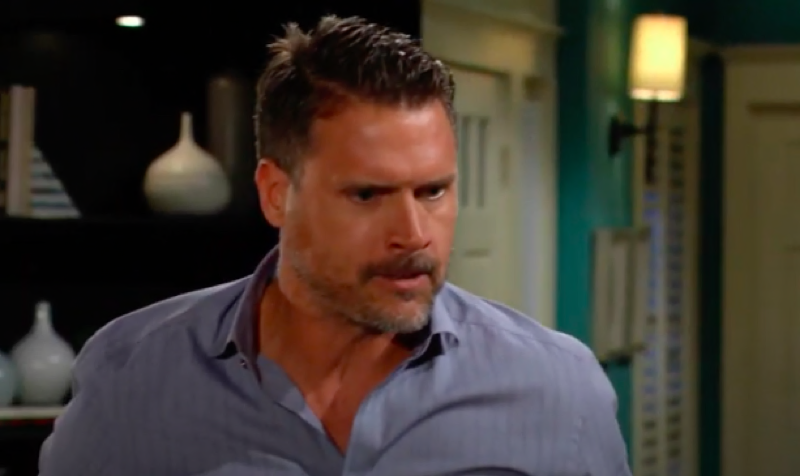 The Young and the Restless (Y&R) spoilers and updates tease that Nick Newman (Joshua Morrow) is teased to believe that he kills Ashland Locke (Robert Newman). Nick’s attempt to defend his sister, who is being attacked by her deranged ex-husband, goes awry on Y&R.

Ashland’s appearance, in the backyard of the home where he lived with Victoria, was chilling. Victoria Newman (Amelia Heinle) let him in, which is an arguably questionable plot point.

Why would Heinle’s character, who has been hearing disturbing updates about Ashland and could see that he was upset and off-kilter, allow him to enter her home?

The result is Ashland’s apparent, accidental death, followed by his body disappearing.

The Young And The Restless Spoilers – Has Victoria Newman Forgotten About J.T. Hellstrom?

The J.T. Hellstrom (Thad Luckinbill) storyline played out over two parts, ending in the latter part of the last decade. Luckinbill’s character transformed from a good guy, who was liked by the audience during his initial, long run on the show (1999 through 2010) to a deranged attacker.

J.T. became increasingly agitated with Victoria after they revived their relationship. The one-time married couple did not remarry but appeared headed in that direction.

A brain tumor was eventually revealed as driving J.T.’s wild behavior that appeared to end with him being killed. A reference to that arc was recently made, which was a wink to the audience about what was to come with Ashland.

Bobby DeFranco is Ashland’s real name. Hardcore fans recall that, after being forced to do so, he admitted to stealing his best friend’s name (Ashland Locke) and using that identity through the present day.

That incredible event happened in the moments after a car crash, with Ashland claiming he could not save his friend, who died while he survived. The new Ashland later stole his mentor’s inheritance, using that to create the Locke Communications Group.

So, lying about cancer was par for the soapy course. However, Ashland could not believe that Victoria did not understand she fundamentally changed him. His reaction at her home was the culmination of being duped into believing she had forgiven all, with Victoria also stealing the remaining half of the payoff he received from Victor Newman (Eric Braeden) to leave Newman-Locke and annul the marriage. 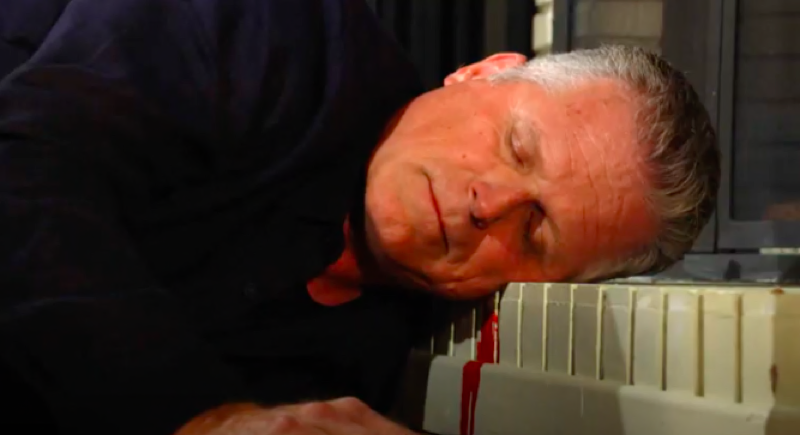 Without a body, how can anyone charge Nick with murder?

Devoted viewers will recall that J.T. was buried by the ladies who thought they killed him, which included Victoria, but dug his way out and eventually returned to haunt them.

Stannis was recently introduced as Ashland’s henchman. He was the man who bungled the assignment to keep Michael Baldwin (Christian Le Blanc) contained in Peru.

Ashland told Stannis (no last name known for the character Bill Sebastian portrayed) to keep close tabs on Victoria. An easy stretch could place Stannis at the scene either through a future reveal to the audience or a retrospective scene to be broadcast.

While Ashland probably did not plan to receive a blow to the head as part of his plan to get Victoria, he has set up her and Nick for intense drama. Presuming Ashland was carried out by Stannis, when Victoria and Nick were not watching, can also lead to him being revived but choosing to play dead.