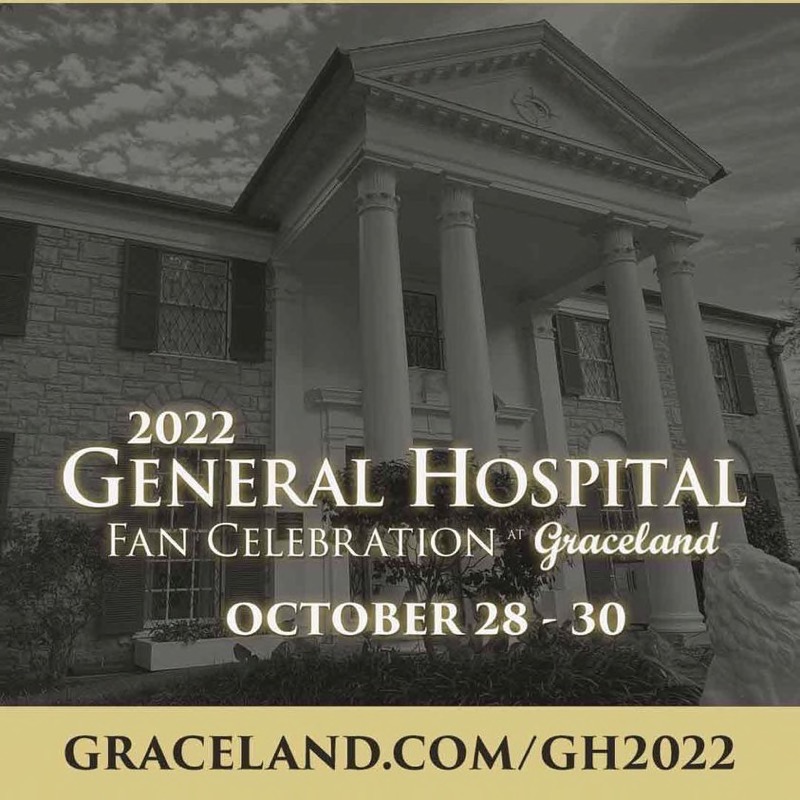 General Hospital is coming back to Graceland, the home of Elvis Presley. It’s another star convention being held in October this year. A report says, “Graceland and ABC Television Network have teamed up again to celebrate the longest-running American soap opera and longest-running scripted television drama currently in production today.

The past two GH Fan Celebrations were so amazing they sold out so this year we’ve added even MORE panels and events and we’re keeping all of your fan-favorite events from years past. This year is sure to be nothing short of a safe, amazing, and memorable experience for all the fans in attendance”

Fans are encouraged to be sure to check back frequently to the convention site as the team adds new talent to the lineup! They also encourage fans to make plans to join them in Memphis, TN for the event which will be a three-day weekend packed event full of appearances by General Hospital stars, panels, parties, shows, dinners, photos ops, autographs, and Elvis Presley! Attendees will also spend Saturday night rocking out to Rick Springfield LIVE in concert at the Graceland Soundstage!

Katelyn MacMullen who plays Willow Tair is a part of this year’s line-up. “Join me and a few of my friends from the General Hospital cast at Graceland on October 28-30 for an unforgettable weekend filled with parties, panels, screenings and so much more! Hurry and grab your tickets before they are all gone,” she teased. The line-up thus far includes; Genie Francis (Laura), Donnell Turner (Curtis), Avery Kristen Pohl (Esme), Brook Kerr (Portia), Maurice Benard (Sonny), Laura Wright (Carly), Frank Valentini (EP), Dominic Zamprogna (Dante), Tajh Bellow (TJ), Eden McCoy (Josslyn) and more to be announced. 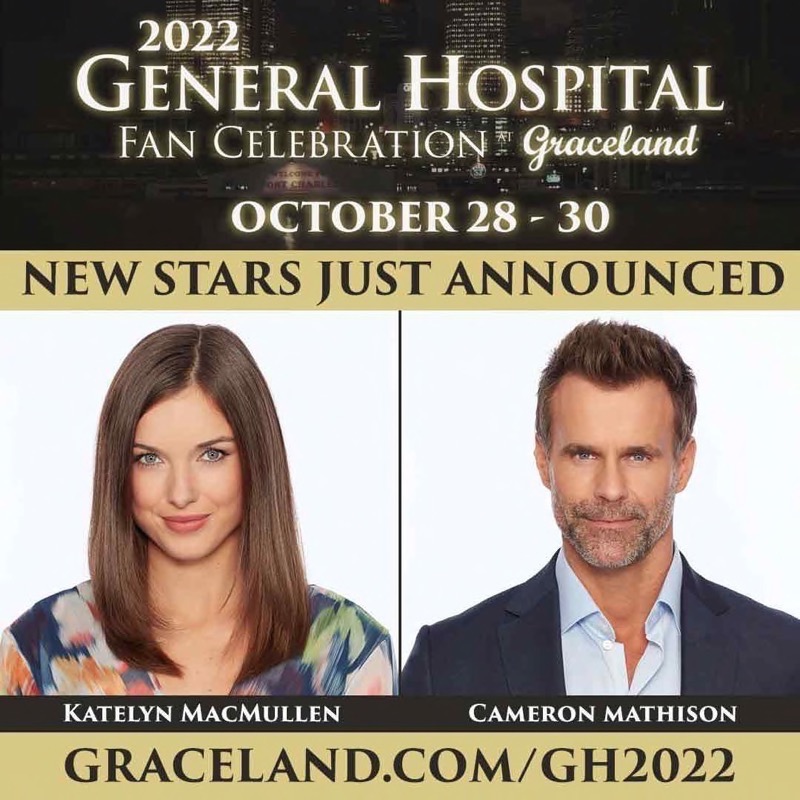 This year, the 2022 Fan Celebration weekend will include a live audience taping of Maurice Benard’s “State of Mind” YouTube series/podcast. This is just more reasons why this weekend isn’t like any other. Be sure to attend if you can, it is guaranteed that you will not regret it one bit.

So, are you excited about this year’s line-up? Who are you hoping is added to the list?