OutDaughtered spoilers and updates tease that Danielle revealed that Blayke Busby would go off to church camp this summer. It came when she announced that the quints were off on cheer camp. Next, they went to the invention camp. Well, Blayke left the family for a bit and it seemed like a big milestone. Now she returned, her mom and dad said that she seemed exhausted.

TLC fans of Blayke Busby knew that she went away for church camp. Danielle told them that Hazel opted for Daddy camp instead of cheer camp, and she mentioned her eldest daughter. She seemed quite excited about going to church camp. In one photo that she shared, her best friend also went to the same camp. So, probably, the girls made loads of other friends.

OutDaughtered spoilers revealed that Danielle felt some mixed emotions about her girl staying overnight at camp for the first time. At 10 years old, she’s no longer a little baby. Of course, for moms, letting go of their daughters seems both hard and exciting. On June 16, Danielle went onto Instagram stories and revealed that when Blayke Busby returned from camp, she was exhausted.

If you ever went on a camp with other girls, you’ll know about the rules and breaking them. Most camps keep the kids busy and active during the day. However, after lights out, there’s a lot of sneaking around, sharing snacks, pranks, chatting, and secret laugher. So, you probably relate to the OutDaughtered spoilers about Blayke Busby feeling so tired. Both of her parents told their TLC fans about her exhaustion. 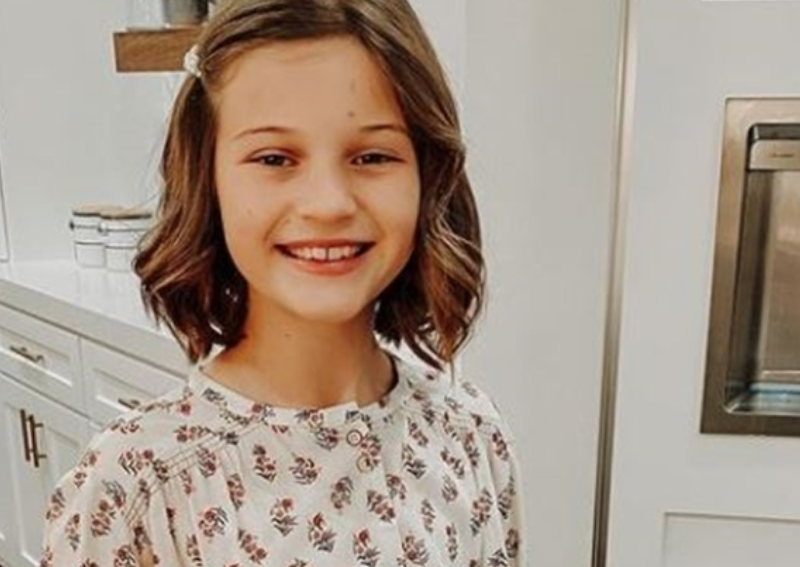 OutDaughtered spoilers about Blayke being so tired came when Danielle said in her stories that Adam planned on driving to collect her from camp. She said that it’s about a two-hour trip. Maybe she fell asleep in the car on the way home. One photo revealed Blayke with her mom and the little dog Beau. Then, Danielle shared a clip of herself working on the tiles in Riley’s bedroom. She said that she might as well, as her daughter’s so tired she took herself off for a good rest.

Will Danielle Busby Give More Feedback?

Fans probably won’t see any OutDaughtered spoilers about the camp that Blayke Busby attended as Adam and his wife were not here to film it. However, maybe they will share an anecdote or two about the adventures that she enjoyed at camp. Actually, the family from TLC seem particularly good about keeping their many fans updated about all the kids. While they wait for a new season, fans often see some rather good footage over on Adam’s It’s A Buzz World channel on YouTube.

Remember to check back with us often for more news and OutDaughtered spoilers.