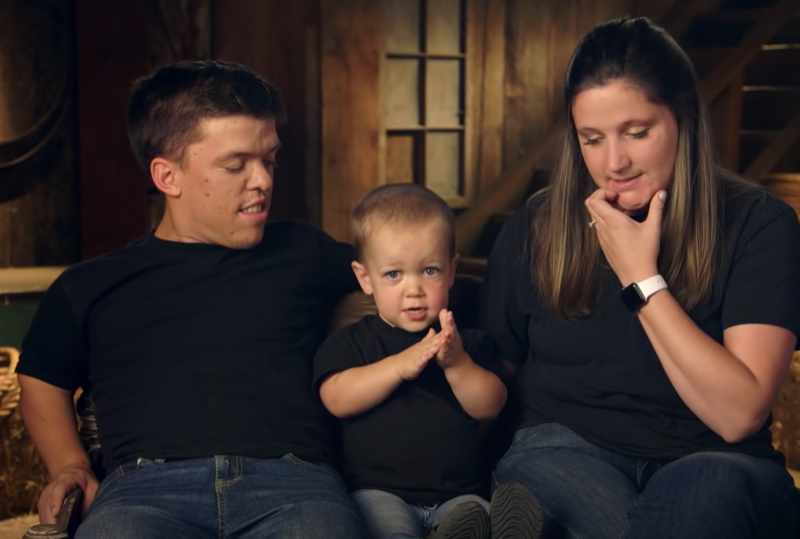 Little People Big World (LPBW) star Tori Roloff seems to have had a topsy-turvey day on Tuesday, so she shared her problems with TLC fans. Actually, sometimes she takes that sort of thing to social media. However this time, she used a phrase to describe something Jackson did. And, that got fans curious as many of them never heard of it. So, what’s up with young Jackson  Roloff?

Plenty of times, Zach’s wife shares the positives in life.  In fact, she often talks about being blessed. Conversely,  she sometimes lets the world see her problems. So, her Instagram isn’t always about putting her best face forward. Perhaps she struggles to make friends in Washington. Even if she knows the state well, it’s never easy to relocate without close friends to offer a supporting hand. Well, she got little comfort from Redditors,  but they were curious enough to discuss what she meant about Jackson who seemed to do something out of character. Is Jackson Roloff okay? Or does he miss his Grandpa, Matt?

Little People Big World fans felt terribly sorry for Jackson when they heard that Zach and Tori left Oregon. For four years of his life, he often hung out on the farm with his grandfather. Actually, he seemed to love hanging with Caryn Chandler as well. After all, she kept chickens, and he adored them. Ever since he was a tiny tot, he used to pester Matt for a chance to go for a ride in the mule. Unfortunately, that probably happens a lot less these days. After all, it’s not like their new home is just round the corner.

With baby Josiah Luke now just over three months old, perhaps his mom feels a bit of postpartum depression. On Tuesday, she took to her Instagram stories and shared a post about her “rough day.” After working out, she said that she felt “overstimulated.” Later, she didn’t really feel up to “cleaning the house.” And, she seemed depressed as you can see below. There, she complained about not spending as much time with Zach and the kids as she would have liked.

Some Little People Big World fans on Reddit seemed unsympathetic and felt that these days, moms don’t have it as hard as in the olden days. Some of them talked about how Jackson probably missed Matt very much. And, they might explain why he did something that appeared to be wrong. In the post below, you can see that she said, “It ended with Jackson making a red choice.” Well, whatever that is, seemed to be unusual. So, LPBW fans wondered what the heck a “red choice” might be.

Little People Big World fans seemed unfamiliar with the term that  Tori Roloff used. So, Redditor u/Accomplished-Act-993 asked, “What is a red choice???” In the discussion, a few people hazarded a guess that it might be something used to describe behavior in the classroom. Bear in mind, that Tori started out as a teacher. But, she gave it up when she fell pregnant with Jackson Roloff.

u/Antzpantzy explained what they think a red choice might be. The comment read, “They are zones of regulation. Red choice can either mean it’s a literal ‘bad’ (hate that word) choice or type of mood: aggressive, angry, etc. A yellow choice is generally associated with feeling “silly” or dysregulated, so needing time and space to self regulate. A green choice is making socially appropriate choices like sharing, turn-taking, and following rules. The mood of a green choice is associated with being happy, calm, friendly, etc.”

Okay, so others confirmed that they had little kids in school and gave similar descriptions of the behavior of their own kids. Curious fans now know that Jackosn uncharacteristically did something bad that might have included some anger and aggression.

Had you ever heard of that expression before? Sound off in the comments below.