The Young And The Restless (Y&R) Spoilers: Devon’s Issues Run Deep – Nate Can Not Win

The Young and the Restless (Y&R) spoilers document that Devon Hamilton (Bryton James) was bothered by Nate Hastings’ (Sean Dominic) behavior in the recent past. Devoted fans know that ambiguous sentence refers to more than business.

Elena has not been the target of Devon’s venom in recent months. No, he still holds Nate more accountable for a scenario that took two or arguably, three to happen.

The Young And The Restless Spoilers – Hilary Hamilton’s Sister Appears

A great soapy technique involves the use of unknown twins. Sure, viewers can accept that there are people on the other side of the screen who were or remain unaware of their twin existence.

But the daytime volume of these situations causes the suspension of disbelief to be repeatedly employed. Such was the case when Amanda was hired by Colin Atkinson (Tristan Rogers) as part of an effort to steal the remainder of the assets that Devon inherited from his grandmother, Katherine Chancellor (Jeanne Cooper).

Amanda was not aware that she was being used because of her physical appearance to her late identical twin, Hilary Hamilton (Morgan). Devon staggered when he first saw Amanda at the entrance to the penthouse where he and Hilary lived.

Imani Benedict (Leigh-Ann Rose) does not have Nate’s best interests in mind. Instead, she uses her access to him to further an agenda.

Nate has been the object of Imani’s romantic obsession since he first caught her eye many months ago. Elena soon noticed Imani’s disrespectful behavior around Nate and in front of her.

While Imani has been politely told to back off, Elena will need to use a stronger approach. Nate, who has been mostly oblivious of Imani’s intentions toward him, will continue to be tested. How he performs is a question. 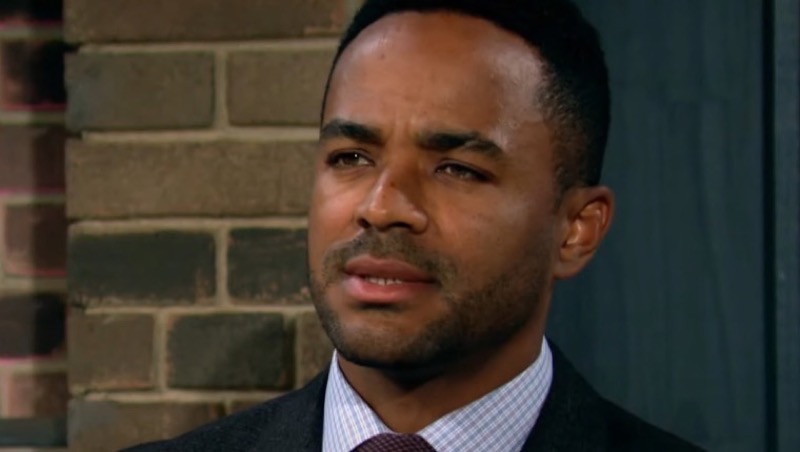 Devon Hamilton Has No Real Regrets

Devon physically attacked Nate after Elena admitted to being involved with Nate. James’ character punched his cousin, which caused Nate to fall to the ground and badly injure one of his hands.

Nate had surgery, and because he is a surgeon is now unable to practice medicine as he had. All of the above may not have reinforced family strife. A traditional outcome would have had Nate remain somewhere in the medical profession.

The decision to allow Nate to assume a prominent, non-medical role at Chancellor-Winters, put him in an awkward personal and business position. He was bound to make mistakes and is doing so, with Devon seeing each of them as a personal affront.

Nate appears to be in an unwinnable position. As for Devon, his emotions continue to overshadow his general logical, business side.

The Bold And The Beautiful Comings And Goings: DOOL Alum Pops Up In Sinn Reunion, Mysterious Menace?

Little People, Big World Spoilers: Want To Get Married At The Roloff Farm? It May Be Cheaper Than You Thought