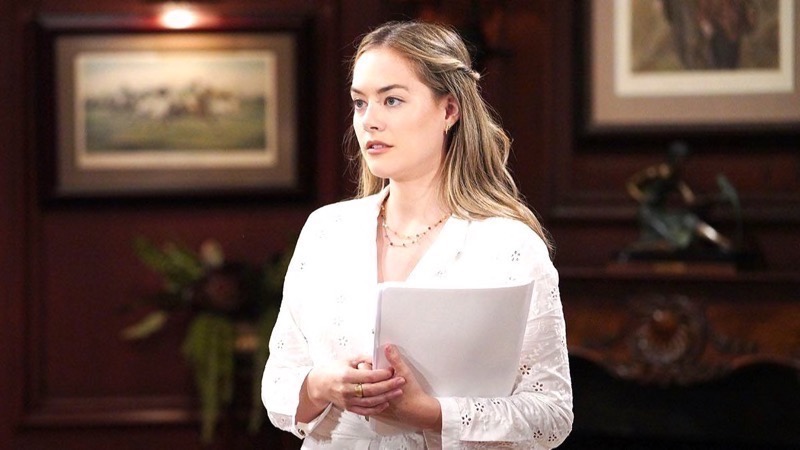 The Bold and the Beautiful (B&B) spoilers document that Hope Spencer (Annika Noelle) went to the Forrester Creations’ executive offices with her dad. She did not know that Brooke Logan Forrester (Katherine Kelly Lang) would be there, which created an initial awkward moment. But what followed set the clock ticking on coming drama.

Deacon Sharpe (Sean Kanan) went to see Hope without mentioning that Sheila Carter (Kimberlin Brown) just endangered his parole. He should have felt confident enough in his bond with Hope to confide in her. She would have helped him without being harsh.

Hope’s kind-hearted demeanor has enabled needless drama in her life at times through the years. But this instance does not involve the usual suspects, Liam Spencer (Scott Clifton) or Thomas Forrester (Matthew Atkinson).

The photo she took of herself, her mother and father sets Ridge Forrester (Thorsten Kaye) off. Hopefully, that does not disrupt Deacon’s life to any great degree. It is also possible, that it could give him a boost, depending upon what happens between Ridge and Brooke.

Brooke did not have an issue with Taylor accompanying Ridge on the trip to see Steffy. Lang’s character was also thrilled to learn that John Finn Finnegan (Tanner Novlan) was alive and that he and Steffy Forrester Finnegan (Jacqueline MacInnes Wood) reunited in Monaco.

That phone call was followed by Hope entering FC’s executive suite with Deacon. Brooke was surprised to see him, with the look on her face not being accepting.

Deacon was directly told that he can not have contact with her anymore. Doing so bothers Ridge, who Brooke is firmly committed to being with. 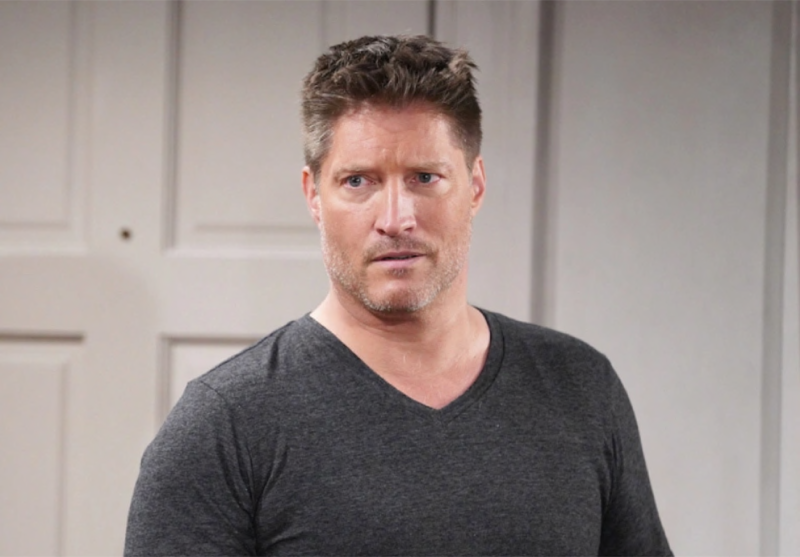 Hope was committed to being her dad‘s lifeline while he was incarcerated. She did not tell Liam Spencer (Scott Clifton) that Deacon was corresponding with her through written letters over the course of years.

Deacon’s attempt to redeem himself has hit some bumps in the soapy road. The vicious fight he and Ridge had in the storage closet at Il Giardino was one for the ages, with Kaye’s character being the aggressor. Brooke thankfully arrived and broke up that fight.

Hope and Deacon’s bond has not been altered by his frayed connection with Brooke. But he knows that Hope expects him to be honest.

The Bold And The Beautiful Spoilers – Deacon Sharpe’s Mistake Irreparable?

Deacon’s refusal to turn Sheila into the police was wrong. He did so because of the fear of having his parole revoked.

That was a logical reason to tell Sheila he would not help her. But leaving her in his apartment and then not sharing what happened with Hope feels like it will come back to bite him. And everyone knows that any link to Sheila generally leads to terrible consequences on B&B.