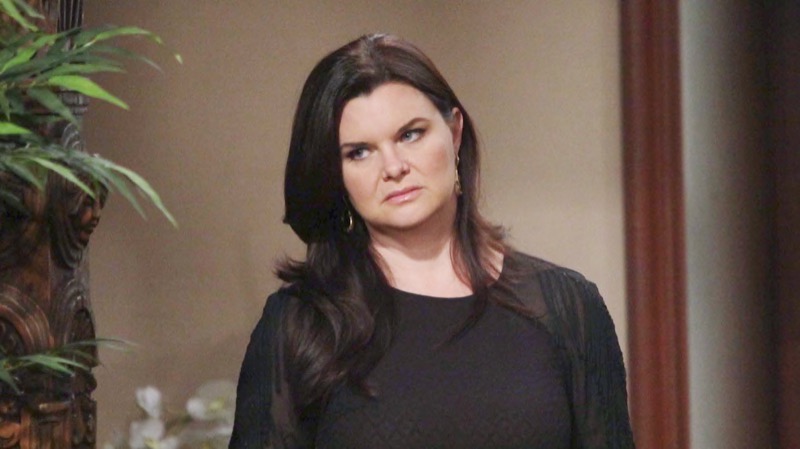 The Bold and the Beautiful (B&B) spoilers tease that Katie Logan (Heather Tom) is about to choose sides in the custody fight over Douglas Forrester (Django Ferri). Fans haven’t seen much of the youngest Logan sister, so let’s hope she gets major airtime going forward. For now, it looks like she will join the fray and fans can always depend on Katie to spice things up when she gets riled. Just ask Dollar Bill Spencer (Don Diamont) about that.

During the week of September 5-9, Douglas’ grandma Brooke Forrester (Katherine Kelly Lang) does what she does best, stick her nose in other people’s beeswax. Of course, it doesn’t hurt that this snoopiness gives her a chance to pit herself against her enemy and Douglas’ other grandma, Taylor Hayes (Krista Allen). In Brooke’s mind, Taylor is causing an all-out war by conspiring to paint the custody battle into a Logan vs. Forrester thing.

Taylor and her equally nosy daughter Steffy Forrester (Jacqueline MacInnes Wood) agree that Douglas belongs with his father Thomas Forrester (Matthew Atkinson). Never mind that he lost custody due to gaslighting the boy and going off the deep end. 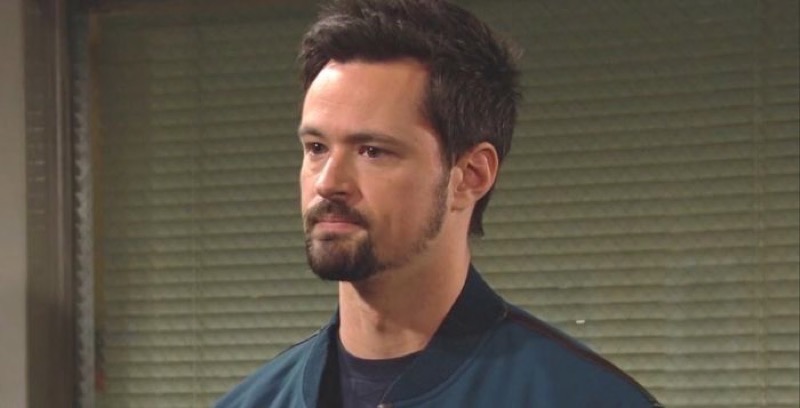 It would seem to be an unfair fight, but Katie gets wind of the bruhaha and rushes to defend alternate Mommy Hope Spencer’s (Annika Noelle) side. Katie shows her true colors by being loyal to the Logans.

After Hope has a family dinner invitation at Eric Forrester’s (John McCook) house Douglas stays behind with his dad. As a result, Liam Spencer (Scott Clifton) and even Donna Logan (Jennifer Gareis) get up in arms.

Donna is with Eric but she, too, will take the Logan team side—trouble in Honeybear Paradise already?

The Bold And The Beautiful (B&B) Spoilers: Liam’s Flashback And Fear For The Future – Hope Lets Thomas In?

What Happens Next On The CBS Sudser?

By the end of the week, Hope will have her team in place to battle for Douglas, but that doesn’t mean the fight will be easy. Explosive show spoilers reveal that Thomas could cross a line with Hope, one that makes Liam worry about his one-time love rival and how he may play dirty. Will Katie be the one to put him in his place? Tell us what you think happens next B&B fans!

Days Of Our Lives (DOOL) Spoilers: What Is Orpheus Doing In Rolf’s Lab?