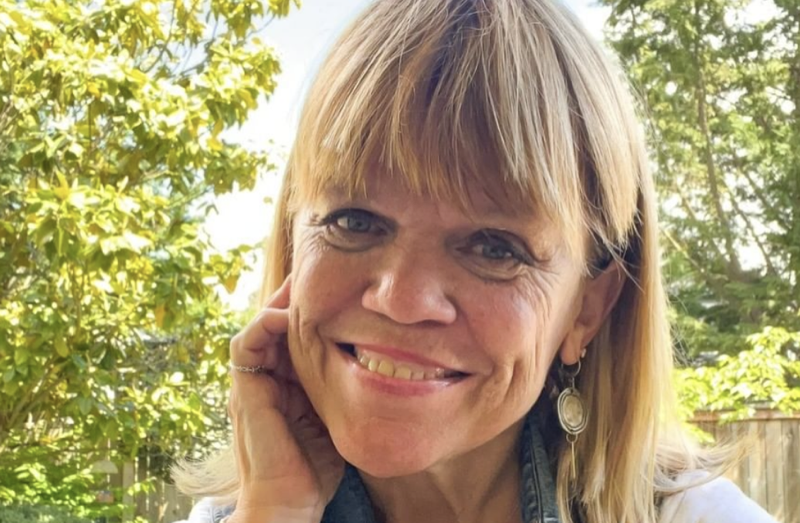 Little People Big World (LPBW) spoilers revealed that Amy Roloff and her ex-husband Matt battled it out over the sale of her portion of the farm. For a long time now, folks blamed Caryn Chandler for everything. In fact, they blamed her for Matt’s decision to sell off part of the land and the Western Town. In a teaser for Tuesday’s show, Amy opened up about her side of the bargain, and she expressed some regret about it.

It was Audrey Roloff who actually described Roloff Farms as the “death of a dream.” Recall, that Jeremy and Audrey put in an offer for part of the land. However, Matt turned them down. Similarly, he turned down Zach and Tori in Season 23. While the kids feel angry because their dad always made out that the farm would stay for future generations, Amy seems very sad. Whilst he’s not selling the entire property, the side Matt offers for sale now leaves the hands of the family. New Season 23 spoilers show that Amy feels as if she could have handled the sale differently.

Surprised Little People Big World fans saw that Caryn Chandler expressed some grief at the thought that the grandchildren would lose the opportunity to enjoy the place as their parents did. After some throwback footage of Matt’s kids playing about, she said that it made her feel “sad.” Unfortunately, no matter what she says she feels, TLC fans slam her as being a “golddigger.” In the current season, TLC fans seem to feel much warmer toward Amy than in the past, as she sympathizes with the loss to the next generation.

Amy Roloff talked about the sale and she feels that perhaps it’s somehow her fault that Matt sells off the history of the family. Recall, they bargained and battled it out for ages. Still, she felt that she could have done something to help secure the place for her family. In the teasers for the show, she admitted that she never thought Matt would sell off those precious family memories. Nevertheless, she possibly feels that she should have anticipated it.

In her confessional, the Little People Big World matriarch said, “The dynamics of the family will change. We’re just all going to go our separate ways.” That came after she noted that leaving the farm was hard. However, she added, “at the back of my mind…I hoped it would go to one of the kids.” While she felt sad about leaving, she always dreamed that one of the kids might continue to run it. Furthermore, Amy Roloff felt terrible because she had no idea that what was happening would ever take place.  So, perhaps she should have thought more deeply about the conditions of the sale.

LPBW Fans Understand But Also Blame Amy In A Way

Little People Big World fans discussed the part that Amy Roloff played. One of them opined, “Well knowing Matt’s history when it comes to business maybe a clause should have been in your contract to say part of my property is for the kids. Its sad to see it go but no surprise. Looks [like] Zach is doing a great job with his new home.”

Bear in mind, that Amy previously mentioned that in an email, Matt had talked about selling it. But, she hadn’t taken much notice because he often flip-flopped with his decisions.

Do you understand why Amy takes some of the blame for the sale of the land? Do you agree that she should have anticipated Matt might make a move like this? Sound off your thoughts in the comments below.