The Bold And The Beautiful (B&B) Spoilers: Quinn In Danger Of Losing Eric And Carter 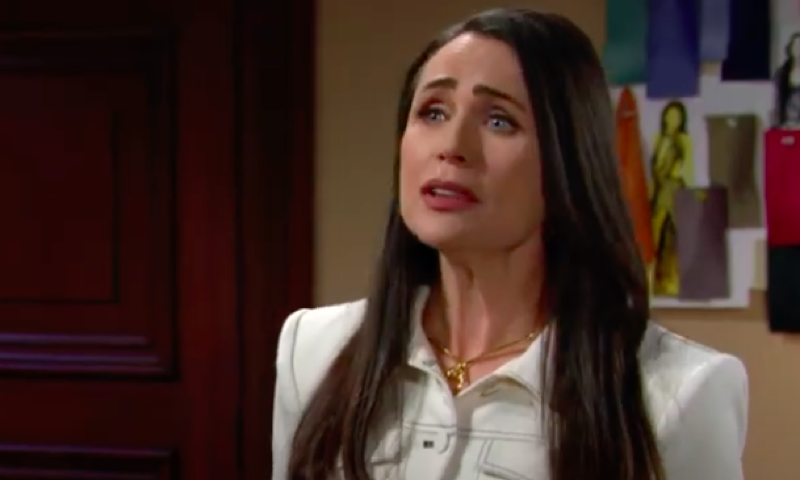 The Bold and the Beautiful (B&B) spoilers and updates Quinn Forrester (Rena Sofer) believed that she had gotten her romantic life back on track. Quinn had been able to get her husband Eric Forrester (John McCook) to forgive her. Quinn had an affair with Carter Walton (Lawrence Saint-Victor). Quinn turned to Carter when she was having trouble with her marriage to Eric. Quinn is going to find that she may not be able to have Eric or Carter in her life.

Quinn has believed that Eric has been loyal to her. Quinn does not know that Eric has been having an affair with Donna Logan (Jennifer Gareis). Eric has told Quinn that he is going to the club to play pickleball. Eric has been going to the club to be with Donna. Eric wanted to find a way to go back to Quinn after she had the affair with Carter but has not been able to find his way back to her. Eric has found that he has been happy spending time with Donna. Eric and Donna had been married in the past. Donna believes that Eric is her one true love and calls him her Honey Bear. Donna was shocked when Hope Spencer (Annika Noelle) found out that she and Eric had been together at the club. Hope confronted Eric about being with Donna and his marriage to Quinn. Eric is conflicted about his relationships with Donna and Quinn. Eric does not know that Quinn has given him a ring that she has been using to monitor his health. Quinn got a distressing reading from the ring about Eric’s heart rate. Quinn called Eric’s daughter Dr. Bridget Forrester (Ashley Jones) for her help. Bridget assured Quinn that she did not have to worry about Eric. Quinn may find out about Eric and Donna because Quinn may get another distressing reading from the ring. 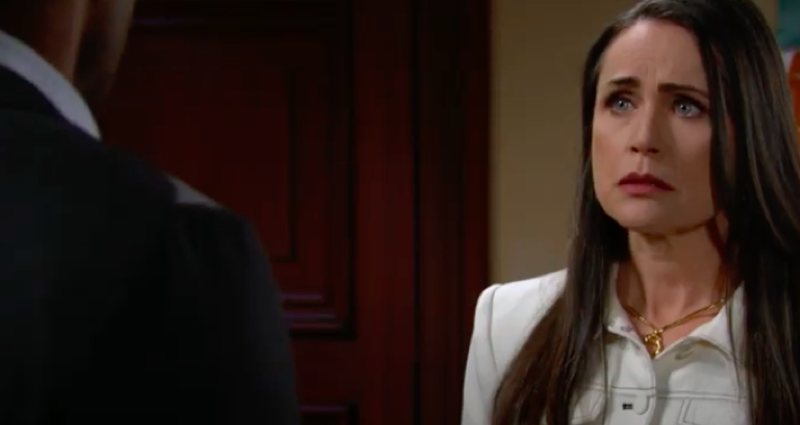 Quinn may find out that Eric wants to be with Donna. Quinn may decide to try to get Carter back. Quinn knows that Carter still loves her. Quinn still loves Carter but has wanted to make her marriage to Eric work. Carter has told Quinn that he wants to move on without her. Carter has been dating Paris Buckingham (Diamond White). Carter cares for Paris but he is not in love with her. Carter has decided that he will propose to Paris. Quinn does not want Carter with Paris but wants him to be happy. Quinn may decide that she will need to stop Carter from marrying Paris when she finds out about Eric. Quinn may have to take matters into her own hands to keep Paris from getting married to Carter.

Quinn Forrester Loses Eric Forrester But May Get Carter Walton

The Bold and the Beautiful Quinn may decide that she will be able to find happiness without Eric. Quinn will still care about Eric and want the best for him. Quinn may be able to accept that Eric wants to be with Donna. Will Quinn step aside so that Eric can be with Donna? Quinn may believe that she will be happier with Carter. Quinn will need to make sure that Carter and Paris do not get married. Can Quinn find a way to stop Carter from getting married to Paris? Be sure to catch up on everything happening with B&B right now. Come back here often for The Bold and the Beautiful spoilers, news, and updates.