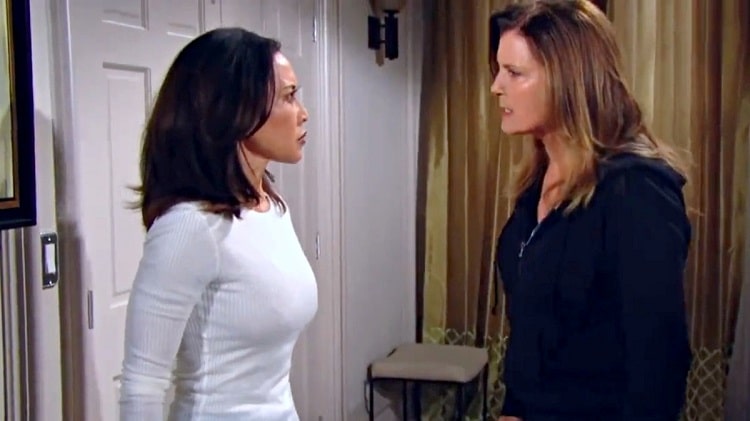 The Bold and the Beautiful (B&B) spoilers and updates tease that Sheila Carter (Kimberlin Brown) joyously discovered that she had not killed her son, John Finn Finnegan (Tanner Novlan). But all who know this heinous villain also understand that she often injects misery into what otherwise should be happy occasions.

Li Finnegan (Naomi Matsuda) was hit not once but twice by Sheila. The first time was a hard push, which knocked her over, as Brown’s character heard a beeping sound and entered the room where Finn is located. The second attack had Sheila knock Li unconscious for a brief period, which led to a psychological counterattack.

The Bold And The Beautiful Spoilers – Sheila Carter Enticed To Believe

Li wanted Sheila to believe that she was bonding with her. Matsuda’s intention was wise, as she knows Sheila is capable of murder, meaning Li could be her next victim.

Because Sheila is a fugitive, she has every incentive to permanently neutralize Li. Rather than fighting from a weakened position, Li went on a psychological offensive maneuver.

Telling Sheila that she brought Finn into the world was surprising. Then Li said that she believed, for the first time, that Sheila truly cared for Finn.

Yes, Li did recognize Sheila’s version of love existed. She even saw that Sheila was sorry for putting Finn in mortal danger.

However, Li has vowed to protect Finn from the Forrester family because they connected him to Sheila. So, the lady who has courageously worked to maintain Finn’s life these past weeks will do whatever is possible to prevent Sheila from putting her son in danger again. 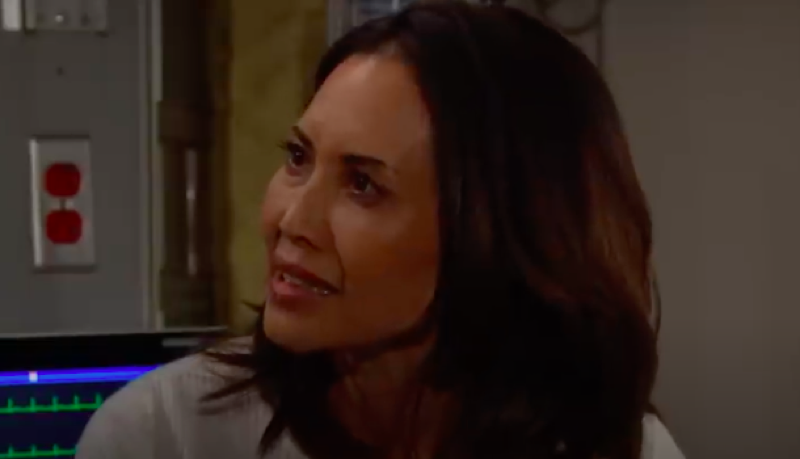 Ted King (Jack Finnegan) recently appeared on an episode of Bold Live, which is an internet interview series hosted by B&B’s Supervising Producer Casey Kasprzyk. King did not reveal if his character was coming back.

However, it is reasonable to believe that Finn’s storyline has reached a point where his father is needed. Jack would be someone Li can reach out to due to the emergency she finds herself in.

Jack is the one person who possesses the ability to help Li while protecting her secret and simultaneously neutralizing Sheila on B&B. Sheila would likely react violently if Jack suddenly appeared. But he may be the one person who could talk her down, using the best interests of their son as a negotiating method.