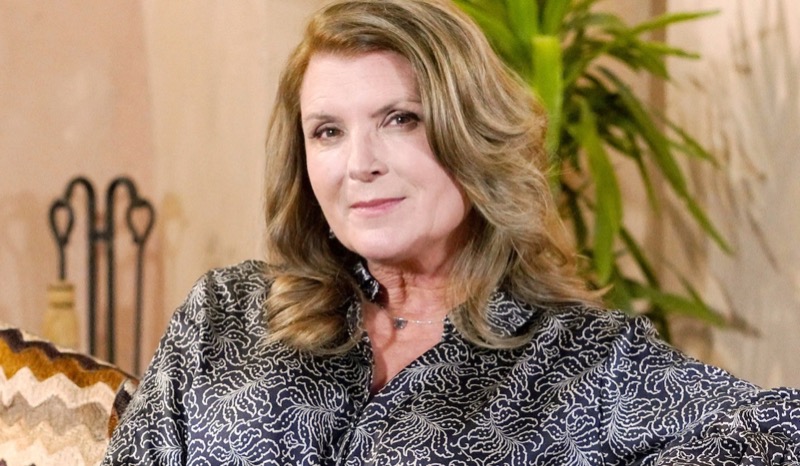 The Bold and the Beautiful (B&B) spoilers document that Sheila Carter (Kimberlin Brown) is teased to receive a visitor. Soap fans know that daytime inmates have numerous social hours while locked up, with Li Finnegan (Naomi Matsuda) being the latest character to confront B&B’s all-time leaving villain.

To think that the adopted mother of the man who was killed would be granted access to the birth mother, who is also John Finn Finnegan’s (Tanner Novlan) assumed shooter, is rather fantastical. But it does make for good soap.

Repeat offenders have a hard time staying out of jail. Some assume they have a subconscious desire to return to a familiar setting because they can not hack life on the outside. Such was not true for Sheila.

As viewers recall, Sheila tried to make a run for it, attempting to leave the cliff house when Steffy Forrester Finnegan (Jacqueline MacInnes Wood), Ridge Forrester (Thorsten Kaye), and Taylor Hayes (Krista Allen) forcefully said she was going to jail. But Deputy Chief Bradley Baker (Dan Martin) and his two officers came out of hiding, preventing Sheila from absconding.

Finn should be caring for patients at the hospital. If Sheila knew how to behave, she likely would have gained the type of access she hoped for, as Finn recently began checking on his birth mother.

But Sheila was carrying a gun fitted with a silencer in her purse the night Steffy chased her into the alley behind Il Giardino. What followed appeared to lead to a lifetime in prison for Brown’s character.

Now that viewers saw the big reveal, with Li having moved the undead Finn from the hospital to her place of residence somewhere in the Los Angeles, California area, they know he will likely return to his former life. That means Sheila will not face murder charges. 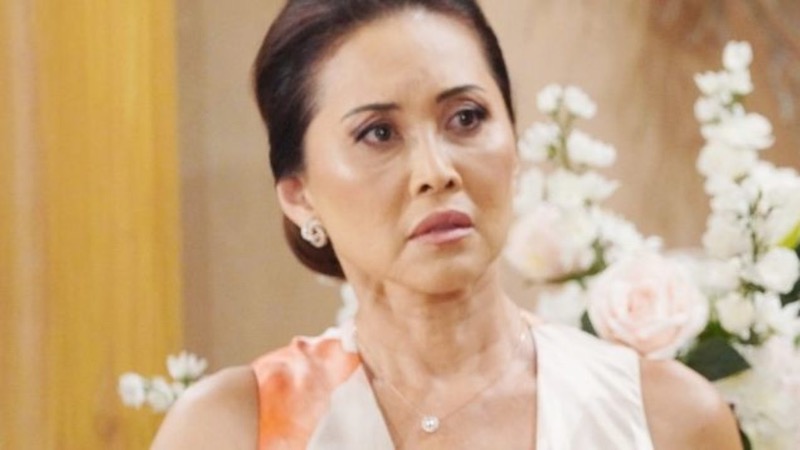 Li is not in her right mind. She already showed viewers that she distrusts Steffy’s intentions, deriding her and the Forrester family in front of the comatose Finn.

Sheila’s unwanted visitor will verbally take her down. But viewers can wonder if Sheila will also be able to read between the lines of dialogue and determine that something is off?

It will be ironic if Sheila becomes the person who provokes an investigation, either through Deputy Chief Baker or someone connected to Finn, that leads to Li’s exposure. Of course, Sheila’s pressured release of too much information led to her most recent incarceration.