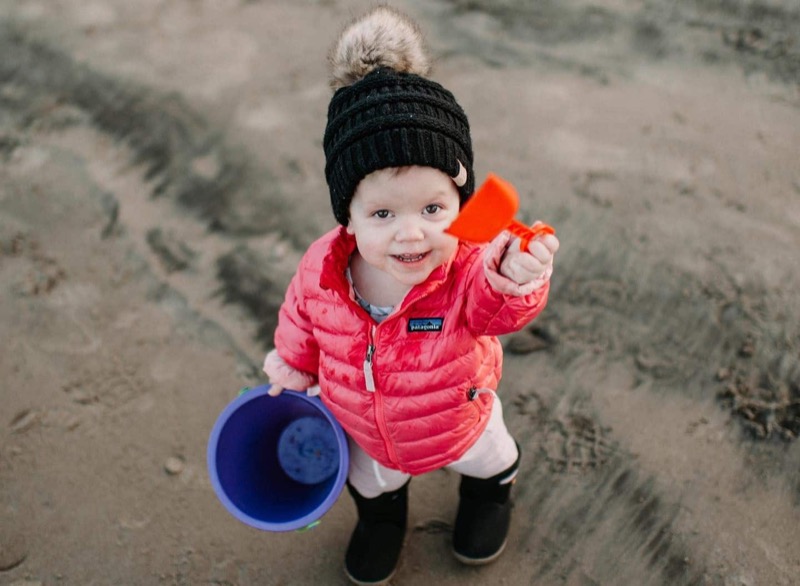 Little People Big World, (LPBW) starlet Lilah Roloff has not been forgotten by TLC fans despite the arrival of baby Joshia Luke. The cute little sister of Jackson is hitting milestones in some areas, and lagging in others. However, not every child develops at the same rate. This week, some interesting tidbits of info arrived from Tori Roloff in a Q&A. Taking a break from attending to Josiah, she answered a lot of questions on Instagram.

Zach and Tori Roloff welcomed Lilah on November 19, 2020. So, in about six months, she will turn three. The cute kid found a lot of admiring fans when Tori shared a photo of her that showed her looking like a little angel. That came on her second birthday. Prior to that, Tori admitted that her daughter struggled a bit with sitting upright. However, these days, she manages that with no problem. In fact, one of her favorite things is to sit and help her baby brother with his binky.

Little People Big World fans saw that by the age of one, she started showing a very determined personality. In fact, she absolutely refused to be left out of anything. So, Jackson very sweetly tolerated her presence on his date night with his mom. Since then, she finally grasped the concept of walking unaided by using her little stroller. Now fans are keen to hear a bit more about the little girl’s milestones.

On Friday, May 3, Tori, who struggles a bit with fatigue because Josiah doesn’t sleep well, used some downtime to do a Q&A. Many people asked about Lilah and Tori answered quite thoroughly. One fan who questioned if Lilah could talk yet was told that she’s “definitely delayed in speech.” However, her pediatrician is keeping an eye on it. Fortunately,  she is able to communicate her needs very well without becoming too frustrated. So for now, they just keep on encouraging her to talk.

Another Little People Big World fan asked about potty training. Well, Tori’s not got her daughter all the way there yet. While Lilah isn’t yet potty trained, Tori said that they “are getting there.” Once again, they encourage her, but it takes a bit of time. The next question came from a TLC fan who wondered if her eyeglasses are helping with Lilah’s eyesight. Unfortunately, in time, Zach and Tori’s little girl will have to undergo surgery. However, she said that“it’s a pretty common and easy procedure.“

The Little People Big World mom of three also answered a question about what career she sees her daughter doing. Of course, it’s way too early to tell. However, Tori speculated that her nurturing nature might see her go for nursing.