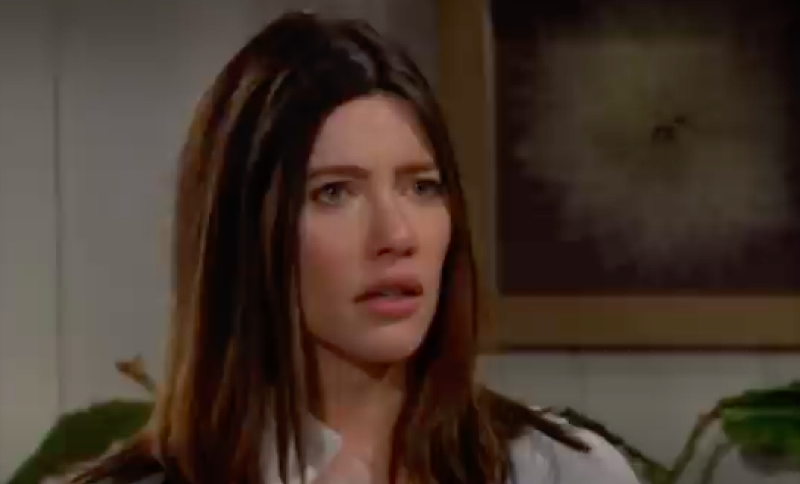 The Bold and The Beautiful (B&B) spoilers and updates tease that Steffy Forrester Finnegan (Jacqueline Macinnes Wood) will get nervous when Sheila Carter (Kimberlin Brown) barges in! She’ll be there to see Hayes Finnegan (Piper Harriot) and spend time with him in an upcoming B & B episode!

Previous BOLD episodes revealed Deacon Sharpe (Sean Kanan) tried to talk an irrational Sheila out of trying to visit her grandson uninvited. After all, Steffy just has been released to go home and is still in shock and still recovering from trauma. Just because Steffy showed Sheila sympathy in their mutual grief over John “Finn” Finnegan’s (Tanner Novlan) death doesn’t mean they are friends.

Steffy had even told Sheila it didn’t mean they were now friends and Sheila could just barge in any old time like she does with her mother! Even Taylor Hayes (Krista Allen) set some boundaries for Sheila, even after she saved her life, and Steffy isn’t nearly as patient or accepting as Taylor!

Now that Steffy has gotten some of her memories back and has been released from the hospital, Sheila is determined to see her grandson and spend time with him. But she also wants to be able to assess whether Steffy is getting any memory back of the night of the shooting as well. Sheila doesn’t want her to remember that she was the one who shot her on purpose and Finn by accident. He wasn’t even supposed to be there and neither Steffy nor Sheila understood why he was – and jumped in front of his wife to catch his mother’s deadly bullet! Sheila doesn’t want to finish the job of killing Steffy if she doesn’t have to – but if she shows signs of remembering what happened, she might!

Steffy is by herself with Hayes when Sheila barges in, Kelly Spencer (Sophia Paras McKinlay) having gone home with Liam Spencer (Scott Clifton). Steffy is understandably nervous because she remembers Sheila from when she was a child and saw her shoot her mother, and remembers Taylor’s being presumed dead for years. That happened when she and Thomas Forrester (Matthew Atkinson) were young children about Kelly’s age. 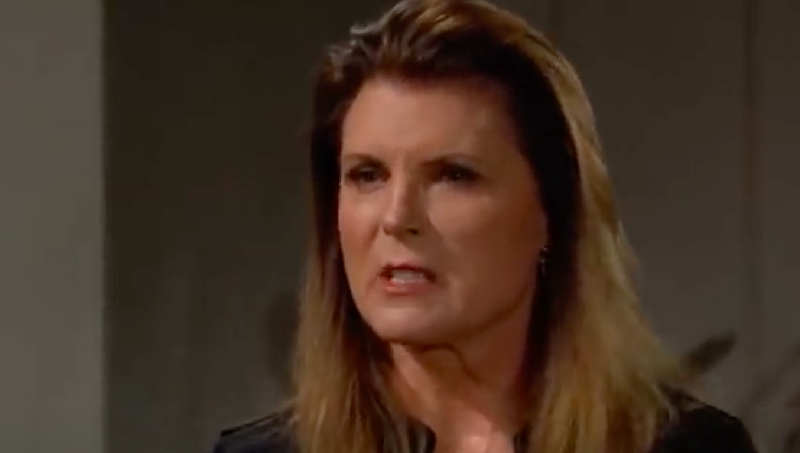 Something seems off about Sheila and that is what is making Steffy so nervous – Sheila acts every bit the doting grandmother with Hayes, but Steffy is starting to sense evil. She isn’t quite sure what to do with her odd sense of sinister déjà vu about Sheila.

Even though Sheila’s attentions are mostly on Hayes, Steffy is unnerved by the sensation that Sheila is staring through her! She feels like her eyes are trained on her looking for something that even Steffy can’t identify. Steffy tries to rationalize the odd feeling away, but it’s like something is on the very tip of her memory and trying to surface. Sheila asks some probing questions about what Steffy remembers, and even though she seems genuinely concerned, Steffy is unnerved. It’s like Sheila is trying to find out if Steffy remembers something – about herself!