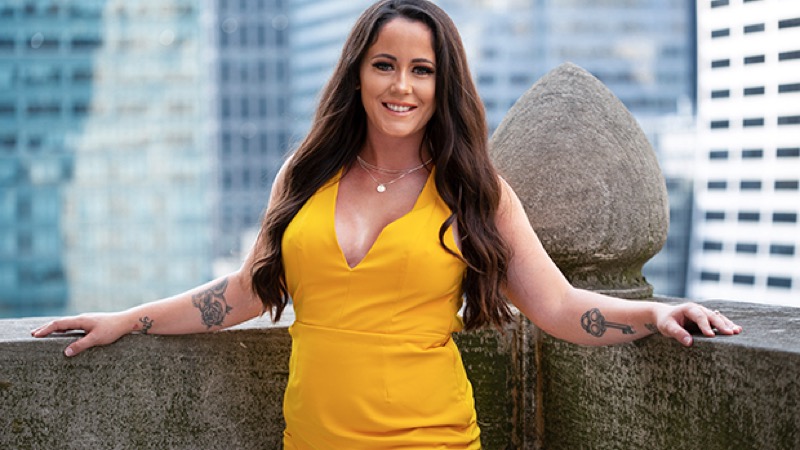 Teen Mom 2 alum Janelle Evans had three kids. Jace came first, and Kaiser Griffiths followed. Next, she and her husband David Eason welcomed their own child, Ensley. Well,  a lot of time passed since fans first heard that she expected Kaiser. When a fan suggested that the MTV alum has no baby photos of Kaiser, she proved them wrong. She dumped some throwback photos of her son on Instagram Stories.

When her first child Jace was just four, Jenelle announced that she expected a second child. Her new baby had a different father than Jace whose dad was Andrew Lewis. Kaiser was the son of Nathan Griffiths. Over the years, MTV viewers saw that the couple had a bumpy road and more recently, issues of custody arose. Actually, Kaiser had some problems with his education, but he seems to be finally settling down now.

The Teen Mom 2 alum often posts up photos of Jace, Kaiser, and Ensley. However, some fans complained that they never see baby photos of Kaiser, Actually, back in 2012, similar complaints arose, as Jenelle seemed reluctant to share photos of little Jace. For a start, he was in the custody of her mom. But, she said on her Sulia page, “Jace is my everything…I want to protect [him] from the crazy people in this world. I want to have a good paying job, a stable environment, and Be able to give him everything.”

Well, she still fights for custody from her mom, and Jenelle lost her job with MTV. But at least Kaiser lives with her these days and Jace visits her frequently.

Jenelle Evans did a Q&A on Instagram this weekend and a fan asked her about baby pix of little Kaiser. Using her body language, she denied that she doesn’t have any baby photos of her second child. So, she dumped a whole lot of photos of him. From birth to his current age, many of them looked really cute. If they had been revealed on her main Instagram, probably lots of “aww!!!” comments would have arrived. One with him wearing a little crown really looked very cute.

The most recent photo of Kaiser that the Teen Mom 2 alum shared came on Easter. In a family photo, Kaiser stood next to his little half-sister, Ensley. There, he sweetly placed his arm around her neck. Jace was also in the photo, and these days, he’s almost as tall as his mom.  In another photo, only the kids and their cousin were shown and many MTV fans couldn’t get over how big they grew.

The Spitting Image Of His Dad

One  Mom 2 fan told Jenelle Evans that they can see something of her in Kaiser these days. However, that might be a stretch. Many fans think that Kaiser is his dad Nathan Griffiths’ mini-me.

Be sure to catch up on everything happening with the MTV cast right now. Come back here often for more Teen Mom 2 spoilers, news, and updates.