General Hospital (GH) Spoilers: Bobbie Has Questions For Carly About Why She Needs A DNA Test 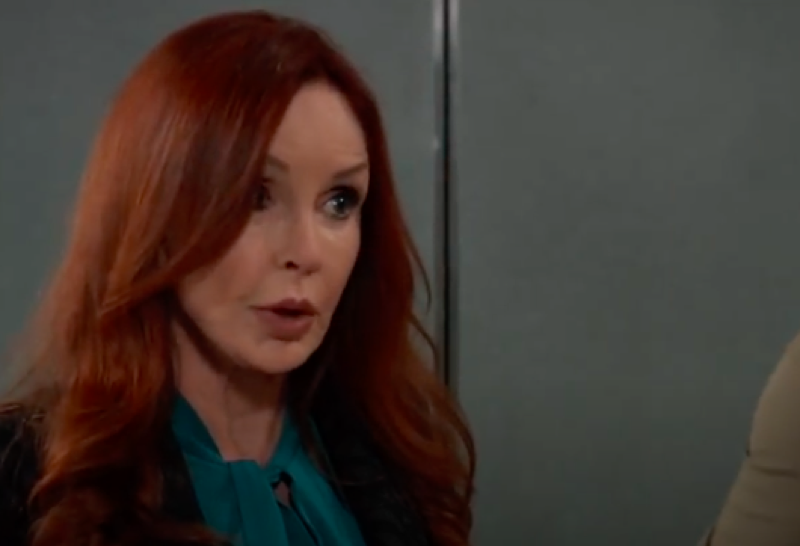 General Hospital spoilers and updates tease that Bobbie Spencer (Jacklyn Zeman) will overhear Carly Corinthos (Laura Wright) asking about the DNA test at GH. Bobbie will have lots of questions about why she needs one in an upcoming episode!

Carly wants to compare DNA to see if Willow Tait (Katelyn MacMullen) is really Nina Reeves’ (Cynthia Watros) daughter as Harmony Miller (Inga Cadranel) had told her. Even though it was a deathbed confession, Carly took into account this was Harmony telling her, a woman who had tried to kill her! Carly knew from taking the unburned papers from Alexis Davis’ (temporarily Stephanie Erb) fireplaces that Harmony did tell the truth about not being Willow’s birth mother.

It’s the part about Nina being Willow’s birth mother and Nelle Benson (Chloe Lanier) having been her fraternal twin that Carly’s not so sure about. She certainly is not taking that at face value since Harmony knew how much Carly hated Nelle, and Nina being her mother is now public knowledge.

Carly had swiped a wine glass that Nina had recently drank out of at Charlie’s Pub, and was caught in the act by Drew Cain (Cameron Mathison). Drew wasn’t wild about what she was doing but understood why when she explained it to her and wanted to prove DNA before telling Willow. He then helped her get into the Quartermaine gatehouse where she went upstairs and swiped a toothbrush of Willow’s. They were walked in on by Michael Corinthos (Chad Duell) and Willow, but they talked their way out of it and went over to GH for the testing. A few days later Carly comes back to ask if the results are back and Bobbie overhears!

Bobbie has many questions for Carly when she overhears her asking if the test results are in, the main one being why she needs a DNA test in the first place! Carly is startled by her mother coming up behind her with her questions and tells her to shush, no one needs to know about this! Of course, FT that only makes Bobbie even more curious, and asks if it has anything to do with the impending court case, is she trying to disprove Nina’s relation?

Carly tells Bobbie to hold on and she will tell her – she picks up the DNA test results which are indeed back in, and they verify what she feared. Harmony was telling the truth – Nina and Willow are mother and daughter, making Willow Wiley Corinthos’ (Viron Weaver) aunt by blood. 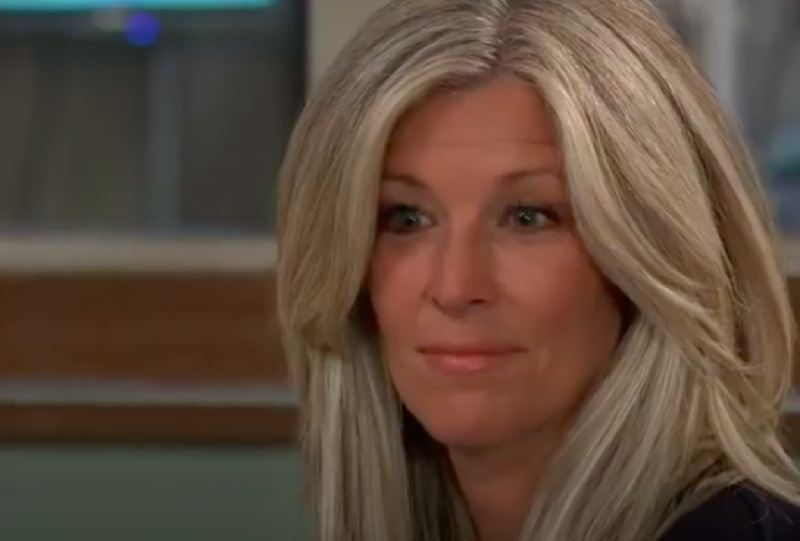 Carly takes the DNA test results and her mother to a private room and shuts the door and explains, telling her about Harmony’s deathbed confession. Bobbie is as shocked as Carly was when she heard it and she looks at the test results herself to make sure they were read correctly! Drew had asked Carly what she would do with the results if they did show Willow was Nina’s daughter, and Carly told him she would do the right thing.

Now she wonders to Bobbie what exactly is the right thing and if she should tell Willow, considering the effect it might have on Michael and Willow if they knew. They come to the same conclusion; they should keep it secret until after the hearing and wait till things calm down.