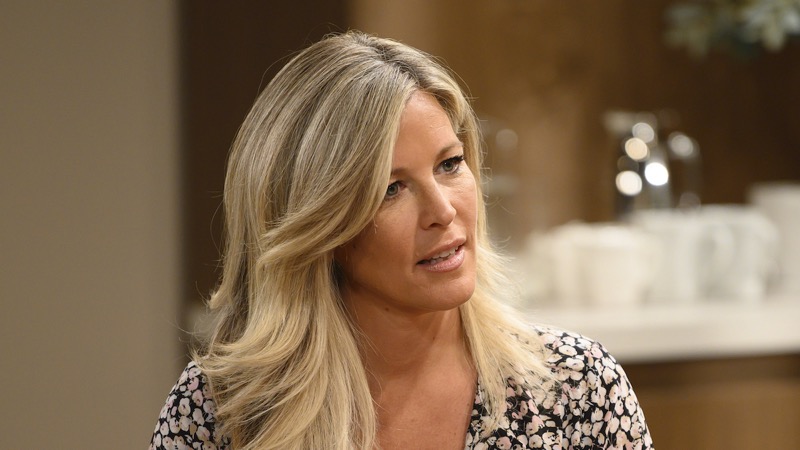 General Hospital viewers can see that Sonny Corinthos (Maurice Benard) is being way too soft on Nina and Carly can too – and she doesn’t like it! If Carly had her way, she would just as soon that Nina fell off a cliff to her death the way her skeevy daughter Nelle Benson (Chloe Lanier) did! Once upon a time, before Nina left Port Charles Carly and she was borderline friendly – but now, Carly just wants to be rid of her and she wants ammunition to do so, to use against her in the fraud and identity theft case Michael Corinthos (Chad Duell) got started against her in Pennsylvania, thanks to Richard Sheridan (David Jahn).

But even more than that, she wants to find out just exactly what went on between Nina and her husband when he didn’t know who he was or who was home waiting for him for nearly a year while he was presumed dead, suffering from amnesia, and living as what Carly considers a fictitious character, “Mike”! General Hospital viewers know that Carly doesn’t believe that “Mike” is really a part of Sonny, just something Nina dreamed up to mold him into!

General Hospital viewers know that Carly doesn’t realize what she’s up against if she thinks she’s going to trick Phyllis out of something she can use against Nina in court, or even regarding “Mike” and Nina’s relationship in Nixon Falls. Phyllis didn’t know Nina didn’t know who “Mike” was or anything about his past until fairly recently – but she also knows that “Mike” didn’t care to learn who he was or about his past. 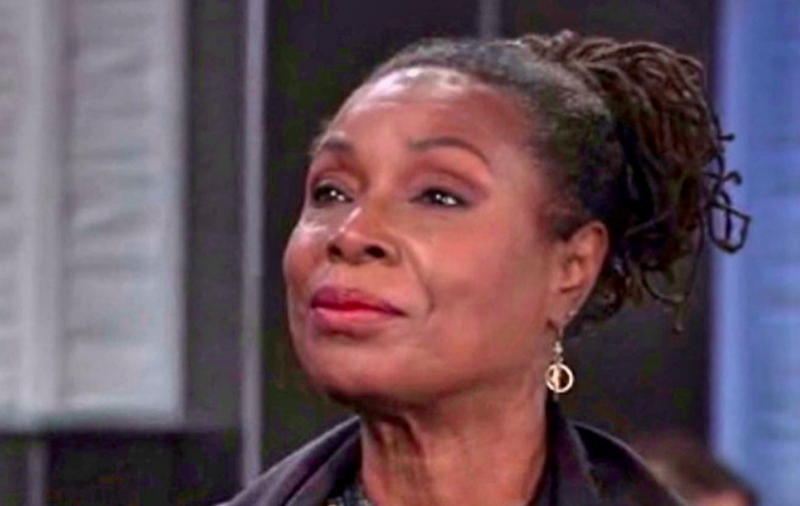 She also knows that “Mike” fell in love with Nina and she with him, plus, she’s an astute judge of character! She knew Peter August (Wes Ramsey) wasn’t what he pretended to be even though Nina tried to cover her fear of him before sending him off to St. Lucia on a wild goose chase for Liesel Obrecht (Kathleen Gati)! But she didn’t blame Nina for that – she could see the fear. General Hospital viewers can expect that when Carly tries to get Phyllis to talk, and quite possibly trick her out of information, Phyllis is not going to tell her what she wants to hear- and she’ll see right through Carly’s trickery!

If Carly Corinthos Wants To Know What Happened Between Nina Reeves And Her Husband In Nixon Falls, She Should Ask Him!

General Hospital viewers know that Sonny does still have feelings for Nina – although he’s trying his best to hide them. General Hospital viewers will have also noticed that there is a kinder and gentler Sonny along with being tough when he needs to be. Carly loves the money and the power of the mobster Sonny, but she cannot fathom that “Mike” is really part of him, she still thinks he’s a figment of Nina’s imagination that she molded that amnesiac Sonny into.

Phyllis will assure her that “Mike” was “Mike” long before Nina came to Nixon Falls, and no one tried to make him into something they wanted him to be because he wasn’t a blank slate, he was someone finding himself! In Sonny’s case, he likely found parts of himself long-buried, perhaps what he would have been had he not be exposed to the mob as a young teen. But as for Nina and “Mike’s” romance – Phyllis will tell Carly she’ll have to ask her husband about that, which will frustrate Carly immensely!