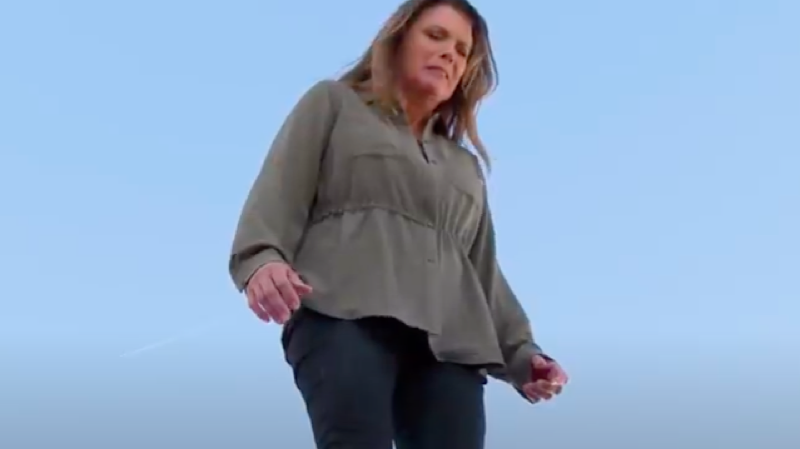 The Bold and the Beautiful (B&B) spoilers and updates tease that Sheila Carter (Kimberlin Brown) was prepared to leap to her concrete death. But Taylor Hayes’ (Krista Allen) brave actions prevented Sheila from leaping off the hospital rooftop where one of her shooting victims, Steffy Forrester Finnegan (Jacqueline MacInnes Wood) is fighting for her life.

Taylor’s attempt to pull Sheila off the ledge resulted in a soapy switch. Sheila was initially seen holding Taylor, who was perilously dangling many stories about the ground.

So, Sheila was forced to abandon her impulse plan to leap off the building because she had to save Taylor from falling. It was quite the reversal in a storyline that continues to twist.

The subject header is accurate. But in the daytime world, what is true does not always translate to immediacy.

Yes, Steffy knows that Sheila accidentally killed John Finn Finnegan (Tanner Novlan) while she was intending to shoot Wood’s character. But Sheila’s second shot is the cause of Steffy’s unconscious state.

Teasers indicate that Steffy will awaken during the week of April 18. However, she will suffer selective memory loss. The selectivity involves her being unable to recall the trauma behind Il Giordino.

Sheila understandably is frightened by the thought of Steffy surviving. But Brown’s character will be stunned to learn that her daughter-in-law is unable to identify her as Finn’s killer and her assailant when she wakes up.

Steffy’s memory issues provide a temporary reprieve, with Sheila then needing to live a day-by-day existence. Sheila will be forced to play along with a quest for justice while knowing that Steffy could regain her memory at any moment. 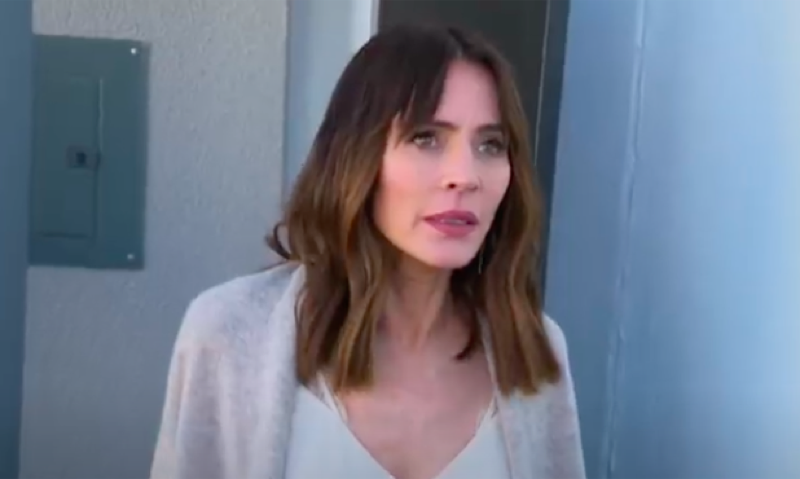 It is vexing to think that Taylor became Sheila’s leading champion in recent months. Allen’s character took a lot of slack for doing so, arguably enabled Sheila to be in a position to pull her gun’s trigger twice, and then unintentionally caused Taylor to nearly experience what would have been a gruesome death.

Taylor, like everyone except Steffy, does not know about Sheila’s latest crimes. That lack of crucial knowledge blocks Taylor from the truth, which keeps the Forrester family and others in danger.

Even Sheila has tagged her shooting of Finn as the worst thing she has ever done. But will her conscience, which was on display on that rooftop ledge, force a true change of heart on B&B?