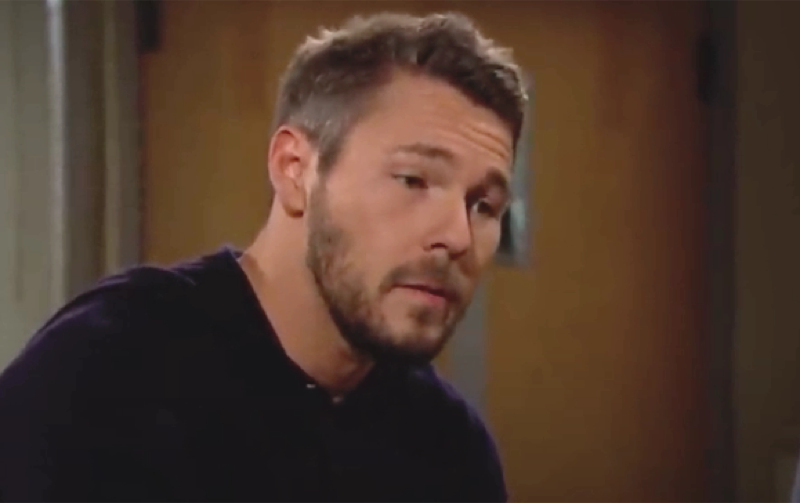 The Bold and the Beautiful (B&B) spoilers and updates tease that Liam Spencer (Scott Clifton) is going along with the widow’s, Steffy Forrester Finnegan (Jacqueline MacInnes Wood), perspective. He has not yet corrected his one-time love by telling her that they are not married.

Teasers indicate that Liam will have that painful talk with Steffy soon. But she is not mentally strong enough to handle hearing that her actual husband and second soul mate, John Finn Finnegan (Tanner Novlan), is dead.

The direct result of Finn’s death is that Steffy is single. Hope Spencer (Annika Noelle) and her mother recognize that fact and the potential for drama the tragic result brings.

Steffy has blocked out what she experienced in the back of Il Giordino. But her mind cloud is expected to lift shortly.

Sheila Carter (Kimberlin Brown) was in Steffy’s hospital room, which made no sense. An arguable hole in the plot had Wood’s character not insisting that her detested mother-in-law not leave.

When someone’s mind is not running smoothly common sense is not in order. Steffy needs to know the truth as soon as Doctor Bridget Forrester (Ashley Jones) deems her able to receive it.

It will take a lot more than Liam’s sympathy for him to leave his wife and return to Steffy. A period of months would have to play out before a reunion storyline would be plausible.

Wood is set to deliver her third child this spring. We are a month into the season, which means the actor and her husband’s third child will soon join the outside world.

That real-life event likely means advanced scenes have been recorded so that Steffy can be sporadically seen through the spring. A summertime returns to the cast by Wood projects, with those scenes broadcast in episodes late this summer or in the early fall. 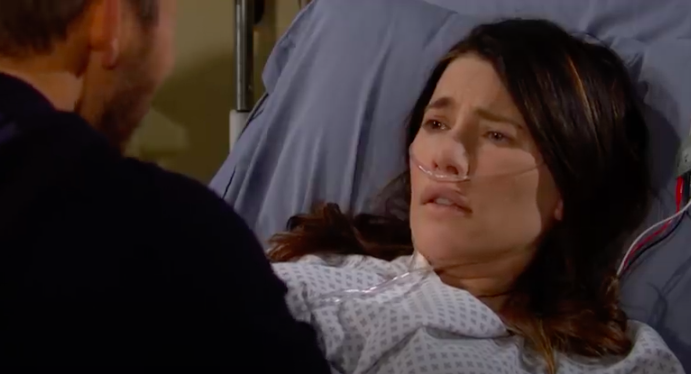 Hope could be edged out if TPTB wants to revive a Steffy and Liam pairing. But executive producer and head writer implied that Wood’s character will experience a new love when speaking about Novlan’s cast exit.

The Bold And The Beautiful (B&B) Spoilers: Quinn Misses Carter – Who Is The Better Husband Choice?

Brooke may be worried, which is generally understandable based on the problems Hope and Liam have experienced through the years. But the fans are likely resting easier, as they anticipate a new arc for Wood to work that does not include Steffy and Liam reuniting.